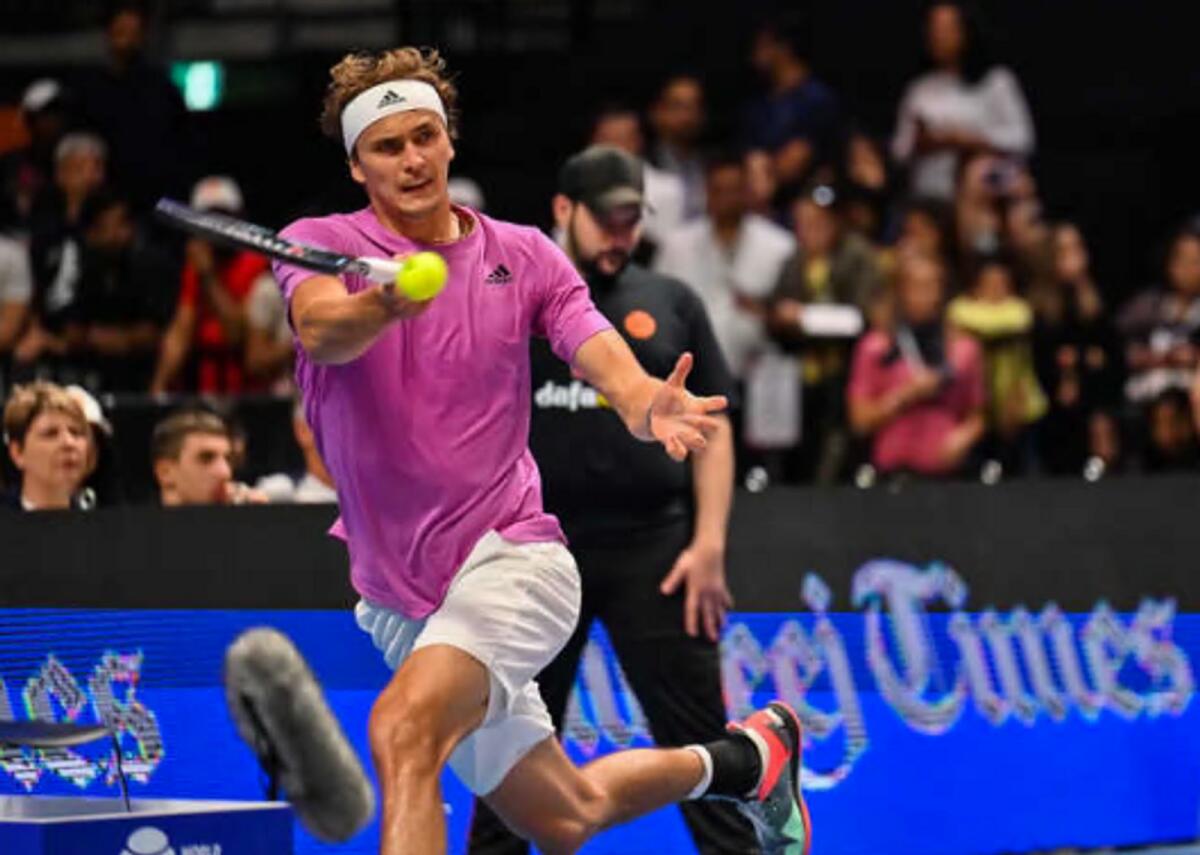 Alexander “Sascha” Zverev has said he likes doing crazy things in his life, like skydiving from over 10,000 feet. But it was the crowd at the sold-out Coca-Cola that he drove crazy on Tuesday evening when he scored an unlikely straight sets victory over Novak Djokovic at the inaugural World Tennis League.

The 6ft 6inch German, who trails the Serbian great 7-4 in career matches, played a near flawless game to win 6-3, 6-4 and secure the rubber for his team, The Hawks, over the highly-regarded Falcons.

Zverev, who last beat Djokovic in the semifinals at the ATP World Tour Finals, was at his clinical best on this memorable evening.

A glance at Djokovic’s long list of accomplishments which are studded with 21 Grand Slam victories would rattle anyone’s confidence. But not an adrenaline junkie like Zverev. The German, obviously not weighed down by the weight of expectation, looked in fine form both mentally and physically.

When asked what did he need to do to beat a top player like Djokovic, the said succinctly: “Just play your best.” 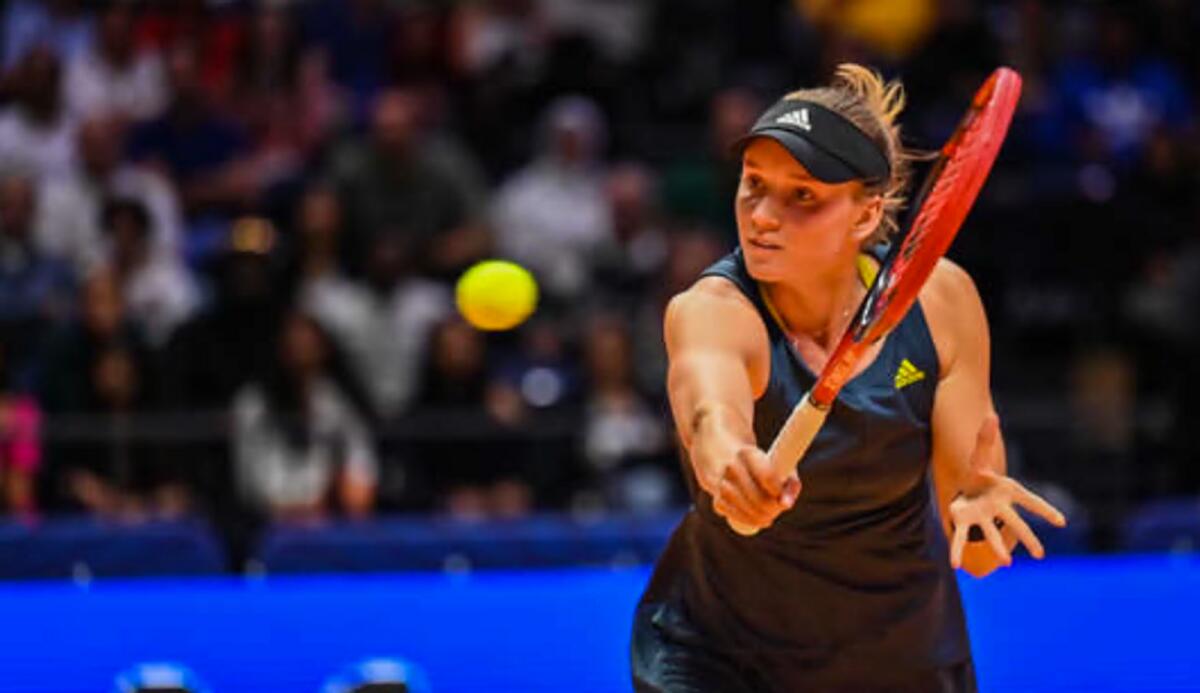 Meanwhile, reigning Wimbledon champion Elena Rybakina settled a UAE score with Aryna Sabalenka when she came from behind to win her women’s singles match in rather emphatic fashion at 0-6 6-1 (10-6).

The big-serving Khazak, who has recorded serving in excess of 120 mph, was beaten by the Belarusian in the 2021 Abu Dhabi WTA Women’s Tennis Open.

Rybakina’s victory put the Hawks vs Falcons tie on an even keel after Grigor Dimitrov and Paula Badosa overpowered Dominic Thiem and Sorana Cirstea 5-7 6-3 (10-5) in the opening mixed-doubles contest.

After the victor Rybakina said: “It was a really good match I enjoyed it a lot.

“I knew that my game does not start really well but it was getting better and better and I was able to finish it well. I got a lot of support from my team, which was good.”

The doubles brought out the best in the mixed gender tennis with both sets of players clearly enjoying playing alongside their teammates in a rarefied atmosphere like the World Tennis League.

Dimitrov, a former three-time Grand Slam semifinalist and two-time Bulgarian Sportsperson of the Year, also paid tribute to his playing partner Badosa, who reached as high as No 3 in the world rankings.

“It’s a very nice format so I was really enjoying myself. And I have an amazing partner, what else do you need,” he said.

“During the breaks, it was good to share some ideas and we were able to make some adjustments to out game.”

Badosa, a two-time Wimbledon and French Open semifinalist, was full of smile after the win and commented: “It was my first mixed doubles as well but he helped me a lot. He’s a good partner, supporter and tennis player as well. I’m very happy with the win.

“Its great to have some fun and at the same time be competitive. It was a good opportunity for me to share these moments with Novak, and the rest of the team, and to learn something from him.”

Action resumes on Wednesday, when Djokovic returns to action against the Eagles.

Each day there are three matches featuring a mixed doubles, a women’s singles and men’s singles. Teams get one point for each game they win, plus five bonus points for winning most games in a match. There is no advantage scoring, and if sets are tied at one set each a super tie-break is played with the player/ teams to reach 10 being adjudged the winner. That tie-break can be won by a single point margin.

> 6 pm The Falcons v The Eagles