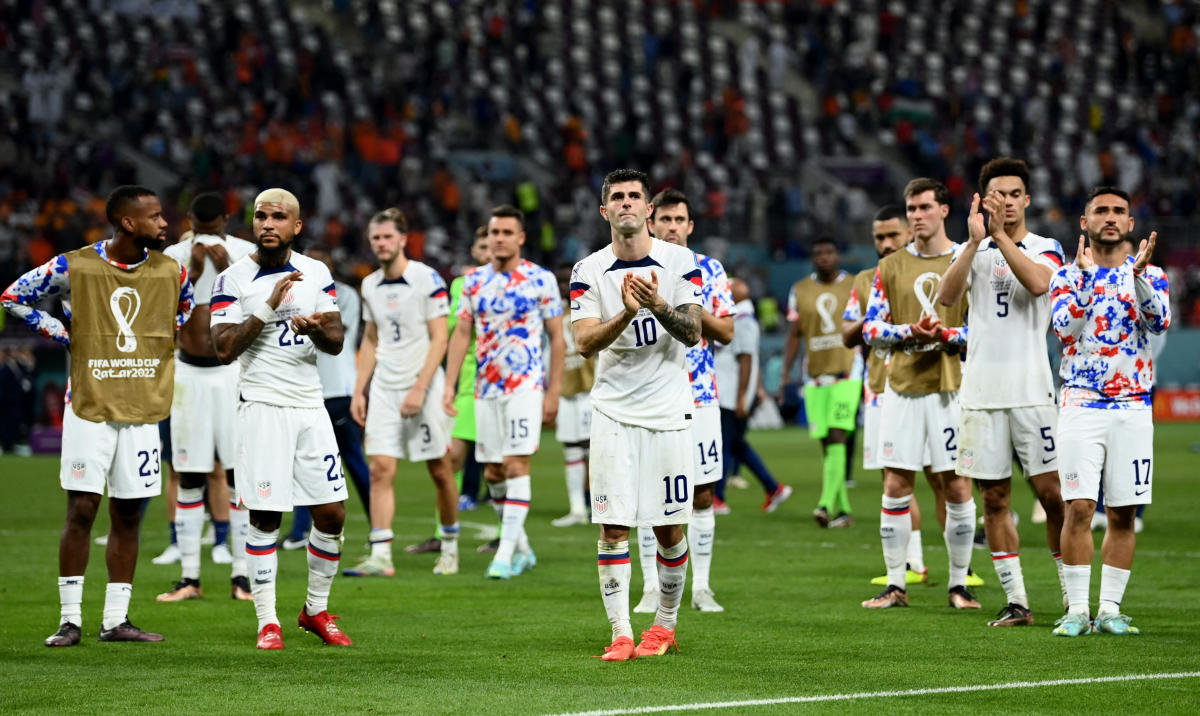 DOHA, Qatar — Frustration crippled Tyler Adams in the first few minutes of the next four years. It knocked him down to a knee here at the Khalifa International Stadium, shortly after a final whistle had foiled his World Cup dreams. It forced him into a crouch as the Netherlands huddled and celebrated a 3-1 victory over his United States. It eventually pulled him all the way to the grass.

But as he sat there, head bowed, amid somber stares and heartfelt condolences, his mind steered toward the future, and his mood shifted.

“It’s probably the first time in a long time where people will say, ‘Wow, this team has something special,'” Adams thought, and later said of the US men’s national team and public perceptions of it. “Potential is just potential, but we could see that, if we maximize it in the right way, it can be something good.”

“Uh, I mean, I think you could probably make that assessment for yourself,” he said. And he was right.

“With the players that are on our team compared to past teams — I wasn’t on 2010 team, I wasn’t on 2014 team, so I can’t sit here and judge the potential of those teams,” he continued. “But, I mean, being the second youngest team in the World Cup and getting the same result, it speaks for itself.”

Their four starting lineups, in fact, have been the four youngest of any at this World Cup. They were full of still-rising stars who’ve already risen beyond many of their USMNT predecessors. Adams, perhaps out of respect for those predecessors, wouldn’t quite say that his team had more talent than theirs. But it clearly does.

His current talent, though, is not the sole reason for unprecedented optimism. Talent, as a vast majority of soccer-playing nations can attest, tends to arrive at senior level in fits and starts, via random ebbs and flows.

The hope within American soccer, however, is that this generation is not just a golden one primed to shine on home soil in 2026; it’s the beginning of a carefully crafted trend, and a sign of even better generations to come.

USMNT still a work in progress

the Seeds of change, and of the 2022 USMNT, were planted back in the mid-2000swhen the men who run American soccer essentially realized that their youth development model was, as former US Soccer president Sunil Gulati told Yahoo Sports, “completely flipped.”

It was backward. Kids were playing more than training, effectively taking more tests than classes. In a way, longtime FC Dallas academy director Chris Hayden told Yahoo Sports, “we were sort of developing players by accident.”

So in 2007, as Major League Soccer upped its investment in youth programs, US Soccer launched its controversial Development Academy. The DA, as it became known, was a nationwide league that pitted America’s best teenage boys against one another weekly. It also mandated three, then four training sessions per week. It sputtered early, and ruffled feathers, and outright enraged some youth soccer directors around the country. But it reformed a “broken” system and, especially as it expanded last decade, it began to produce.

It helped produce 17 of the 26 players on this year’s World Cup roster, including Adams, Christian Pulisic, Weston McKennie, Gio Reyna and Brenden Aaronson. US Soccer shuttered it in 2020, but by then, MLS was ready to assume control of the boys soccer pyramid. The pro league’s 29 clubs now invest over $100 million annually in homegrown player development. They maintain reserve teams, which bridge the gap from youth to pro, and provide for their first teams — and also, by extension, for the US men’s national team.

They increasingly attract European scouts and send teens off to top European clubs. There are flaws, of course, many flaws, but “the quality of the [American] players increased significantly over the last five or 10 years,” Bayern Munich academy chief Jochen Sauer told Yahoo Sports in 2018. Many believe that it has continued to increase since, and that the country’s developmental systems are “just scratching the surface.”

By extension, so is the USMNT. Its 2022 World Cup ended on par with expectations, but several people interviewed for a pre-tournament story on youth development cautioned against obsessing over four games. The better evidence, many believed, would emerge four years from now and beyond.

“We will see the final result in five to 10 years,” another Bayern youth coach, Sebastian Dremmler, said. “[In 2026]you will have a very strong national team.”

‘The American public should be optimistic’

The 2026 World Cup felt a long way off as gloomy faces marched out of the Khalifa on Saturday night. Reyna declined interviews. Pulisic’s voice was weak and pained. Tim Ream welled with emotion as he realized that he, many teammates, at unlike age 35, likely wouldn’t get another shot on this stage.

But underneath the gloomy faces was perspective.

“The future’s bright,” Ream said selflessly. “I mean, this core group — and when I say core group, I mean, it’s guys who are 22, 23, 24 years old who are not even hitting their prime yet — the potential is just huge going into this next cycle. The program’s in good hands with these guys. Good characters. Good players. Good people. … I’m excited for what they’re gonna be able to do on the world stage.”

DeAndre Yedlin, the one holdover from the 2014 squad, was asked whether this felt like a step forward or a step sideways, and said: “I think it’s a step forward.”

Matt Turner said, unprompted: “There’s a tremendous potential, and if you don’t see that” — well, he doesn’t know what to tell you. “We played England, we played Netherlands, and we gave both teams really hard, hard times.”

And perhaps most importantly, they did so proactively rather than reactively. They wanted the ball. When opponents won it, they wanted it back. They sparred physically and tactically with England. They made a top 10 team in the world, the Netherlands, essentially decide that its best hope to beat the US was to concede possession and counter.

“They should gain confidence about the fact that we can play with anyone in the world the way we want to play,” head coach Gregg Berhalter said. “That’s the important thing.”

It does not mean the USMNT has reached Dutch or English levels. There remains a gap in quality that revealed itself on Saturday night in decisive moments.

But quality will rise with experience and age. The youth system should provide more of it.

“To be fielding the youngest lineups in the World Cup four times in a row, and still be able to play the way we are — the American public should be optimistic,” Berhalter said.

He and his players had, as a collective, set out four years ago to “change the way the world views American soccer,” as McKennie reiterated Saturday night. “I think we accomplished a piece of that in this World Cup,” McKennie said. Berhalter felt they “partially achieved” it.

But the holy grail has always been changing the way America views American men’s soccer. They will do that almost solely by winning. And here in Qatar, although they only won once, they showed that they will, someday, surely, win plenty more.

“I think this tournament has really restored a lot of belief, restored a lot of respect to US Soccer, and to soccer in our country,” McKennie said. “I think we’ve shown that we can be giants eventually. We may not be there yet, but I think we’re definitely on our way.”