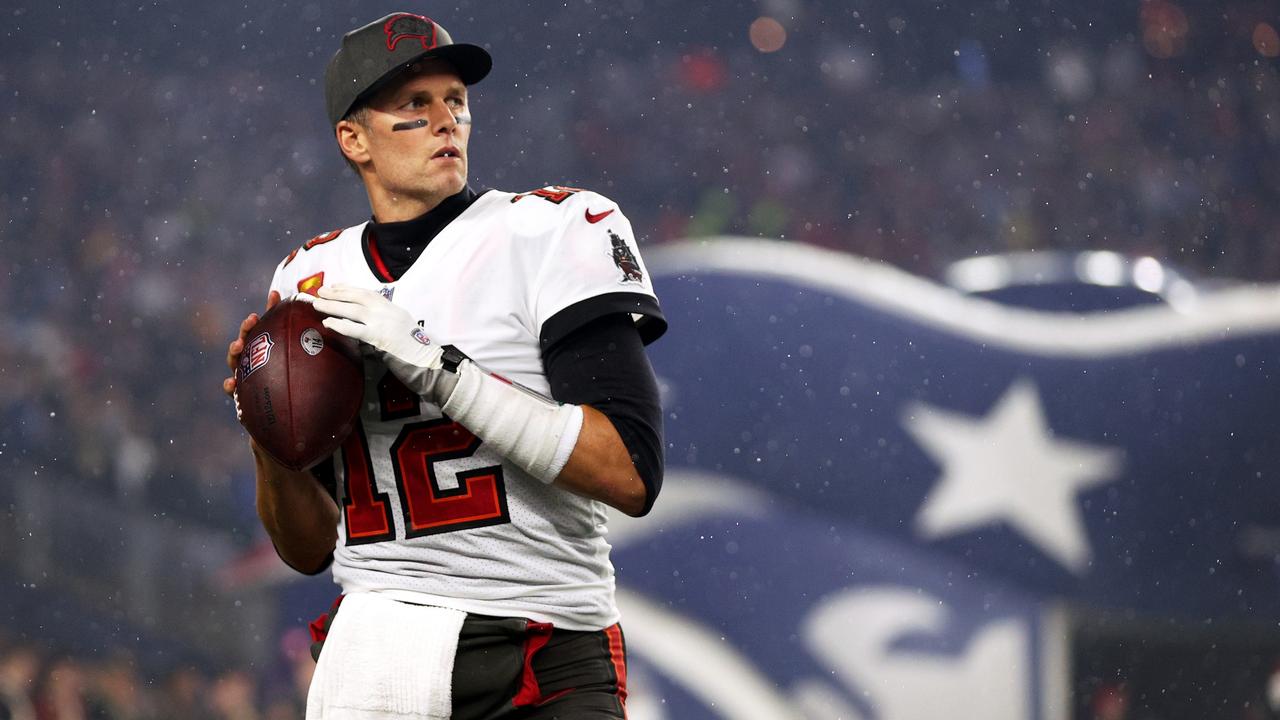 A stunning conclusion to Tom Brady’s NFL career has been floated, with claims he could return to the New England Patriots.

The Athletic’s Jeff Howe, who has strong links to the Boston club, believes they are a contender should Brady look for a new home after he comes out of contract at the end of this season.

Brady’s Tampa Bay leads a woeful NFC South division with a 5-6 record heading into Tuesday’s clash with divisional rivals New Orleans, with a legitimate chance a team with a losing record in the quartet makes the playoffs.

While the NFC is very weak this year – Philadelphia looks strong but Minnesota’s record is incredibly inflated, and Dallas can’t be trusted to win multiple playoff games until we actually see it – it appears certain Brady’s third campaign with the Buccaneers will end in the same type of disappointment we saw last season.

It’s not exactly Brady’s fault, meaning he could be an option for teams like San Francisco (his hometown team), Las Vegas (coached by his old offensive coordinator Josh McDaniels) or Tennessee (coached by old friend Mike Vrabel)… or indeed New England, who haven’t gotten much from Mac Jones in his second year.

“Brady and Bill Belichick still have an abundance of respect for one another. They’ve made points to say it publicly on multiple occasions since the QB departed for Tampa. They also spent 23 minutes together in the visiting locker room at Gillette Stadium following Brady’s return in 2021 — an appointment they set up prior to the game” Howe wrote.

“The Patriots are slated to have more than $50 million in cap space in 2023, so they can again address their flaws, this time on the heels of a couple impressive draft classes.

“The issues? Not the egos. Not the pride.

“For Brady, he’d have to know the offense is in capable hands. There have been criticisms of Matt Patricia’s first season as a play caller — plenty warranted, others exaggerated — and Brady benefited by an abundance of stability with the offensive coordinator in New England. “He’d either need to be comfortable with Patricia or push for a reunion with someone like Bill O’Brien, currently the Alabama offensive coordinator, to ensure he’s not wasting a season as a 46-year-old. Sure, Brady would return to run his offense, but he can’t also coordinate it.”

It could also see the Patriots keep Jones, who is under contract through 2024 and has a fifth-year option for 2025, allowing him to learn for a year or two rather than trading him.

Long-time NFL voice Bill Simmons believes not only is a Brady return feasible, but it makes total sense and there were enough “breadcrumbs” for it to be believeable.

“What happened four or five weeks ago? Who showed up at Bob Kraft’s birthday party (sic, it was his wedding), a Friday night, before a Tampa Bay Bucs game, why would someone do that?” Simmons said on his podcast.

“How about a bunch of receivers who can do some stuff? How about a young team that’s probably a year away from being decent. He comes back home, puts a bow on it, he’s a patriot for life, ‘this is where I want to be. Bob Kraft is the most meaningful relationship I’ve had as an adult, he’s like a second father to me.’”

In a quote that almost reads like a parody, Simmons added: “Belichick and Brady together, this is how it has to end. This is the Shawshank reunion. This is Dirk Diggler coming back to Jack Horner’s house at the end (of the film Boogie Nights). They always come back. I’m just saying, don’t rule it out.”