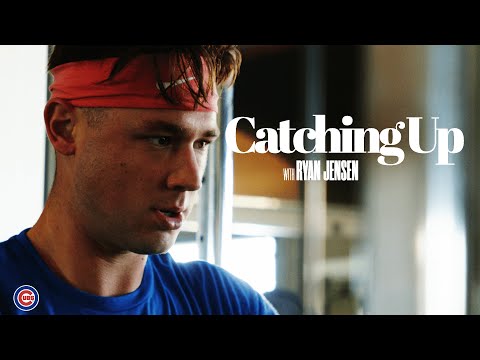 With a new year comes new promises, new hopes, new dreams, and even some new wishes. Opening day is a little under 90 days away for the minor league season. The draft is 6 and 1/2 months and spring training is just six weeks. If that didn’t get your blood flowing, I don’t know what will. Hopefully everyone is celebrating today with their family and/or friends. Let’s get going on the news of the week.

The week began with MLB. Pipeline’s naming the Cubs, one of the five most improved farm systems in baseball. As well, it was also announced in the article that the Cubs would be ranked number 10 in the upcoming farm system rankings. That was a good way to start the week! As I mentioned on Tuesday, the Cubs still have a long way to go to get to the top five as they need more elite talent, specifically top 100 talent. Currently they have three players in the top 100 and they’re going to need at least five to be a top five farm team. It’s not an essential step to winning the next World Series for the Cubs, but it doesn’t hurt.

So MLB Pipeline put out an article about prospect debuts they are looking forward to in 2023. For the Cubs, they put down…….Brennen Davis. Jim Callis said the following about the young outfielder.

If not for repeated back issues that limited him to 53 Triple-A games and necessitated June 2 surgery to correct a nest of blood vessels pushing against a nerve, Davis already would have debuted with the Cubs. The 2018 second-rounder from an Arizona high school and 2021 SiriusXM All-Star Futures Game MVP could have at least solid tools across the board and is capable of playing all three outfield spots.

The Cubs continued rolling out prospect videos this week. Ryan Jensen gets the call for you today.

Two weeks from today is when international free agency begins for 2023. The Cubs are in line to sign three top 20 shortstops in Derniche Valdez, Ludwig Espinoza, and Angel Cabrera. Obviously, they’re not all going to play shortstop, but the fact that the Cubs are getting three top 20 guys is a good sign. I have not seen much of anything else as to who else the Cubs might be signing to a deal. I will be spending all that Sunday live blogging as reports come in from Ben Badler of Baseball, America and Jesse Sanchez of MLB Pipeline. I do have a couple of other sources on Twitter and we’ll see how those pan out that day. In the meantime, Baseball America should soon have a little preview of who else the Cubs might be signing on the 15th.

Poll of the Week

I voted for MLB rotation in this poll by Greg Huss. Based on what the Cubs have done this offseason, all signs point to Wesneski being locked in for the Cubs.

Picture of the week

I posted a screenshot of Alexander Canario’s Instagram pic from Christmas Day that showed him just in a walking boot. There was no sling on his arm. If you recall, he had a horrific double injury playing baseball in the Dominican early on this winter. The estimation is that he’s probably not going to be back until June or July. But with the shoulder not impinged, that could speed up his recovery a little bit, but it’s really all about the leg.

Videos of the week

This week’s short film comes from Brad on Twitter, who did a screenshot of Cristian Hernandez with a smoothed out swing that is a little reminiscent of Brennan Davis until the follow through. Hernández had a decent year last year in Arizona and should be assigned to Myrtle Beach to begin 2023.

Cards of the week

After all the family left on Tuesday morning, I whipped out my external hard drive and started going through some pictures I took this year of South Bend players and decided to make some cards this week. And I’m also really digging using a lot of my new templates to make cards as you can see in the tweet below.

Statistics of the week

This is also from Brad that shows you just how good the Cubs system was in 2022. The Cubs placed four players in the top 50 of all minor league baseball in wRC+.

Greg Huss and Greg Zumach continue to churn out some video content for you. If you have not subscribed to our YouTube channel, please do so. Greg and Greg dropped Episode 4 of Cubs on Deck. In addition, Greg Huss detailed picks 20 on down to 11 in his top 40 list which you can see and hear below.

Coming up next week

On Tuesday, the Position Breakdown Series gets rolling into the pitching side of the organization as I take a look at the immense amount of right-handed starting pitchers. On Wednesday, I will merge the 5 Series with the Affiliate Sneak Peek as I will check out 5 players I look most forward to seeing play for South Bend. On Friday, Riley Martin will be profiled in the 5 Series.

album of the week

I wasn’t quite sure where to go this week for the “Album of the Week.” I’ve been listening to a lot of different types of music over my last two weeks of vacation. There’s been some Peter Gabriel, some Yes, some Polyphia, and what wound up being this week’s Album of the Week, Texas siren Kelly Willis.

Kelly broke on the music scene in the early 90s with a classic voice from the past and a Texas swing kind of sound that she eventually moved away from. I loved her voice from the moment I first heard it and let’s just say that crush has not ended for the past 30 years.

Her career has had some ups and downs and after being dropped by her label in the late 90s, she made a comeback with one of the great albums of the late 90s called What I Reserve. She cowrote some songs with Gary Louris of the Jayhawks and every track is just a classic. When my wife and I got married, the first song we danced to was “Wrapped.” As soon as you hear the lilt of her voice and the power with which she sings, she’s really a throwback to 1940s and 50s country singers.

And for good measure, Kelly covers The Replacements’ “They’re Blind” from that you Don’t Tell a Soul LP, which she turns into a vocal tour de force.

Let’s start it off with the classic up-tempo lead off track “Take Me Down.”