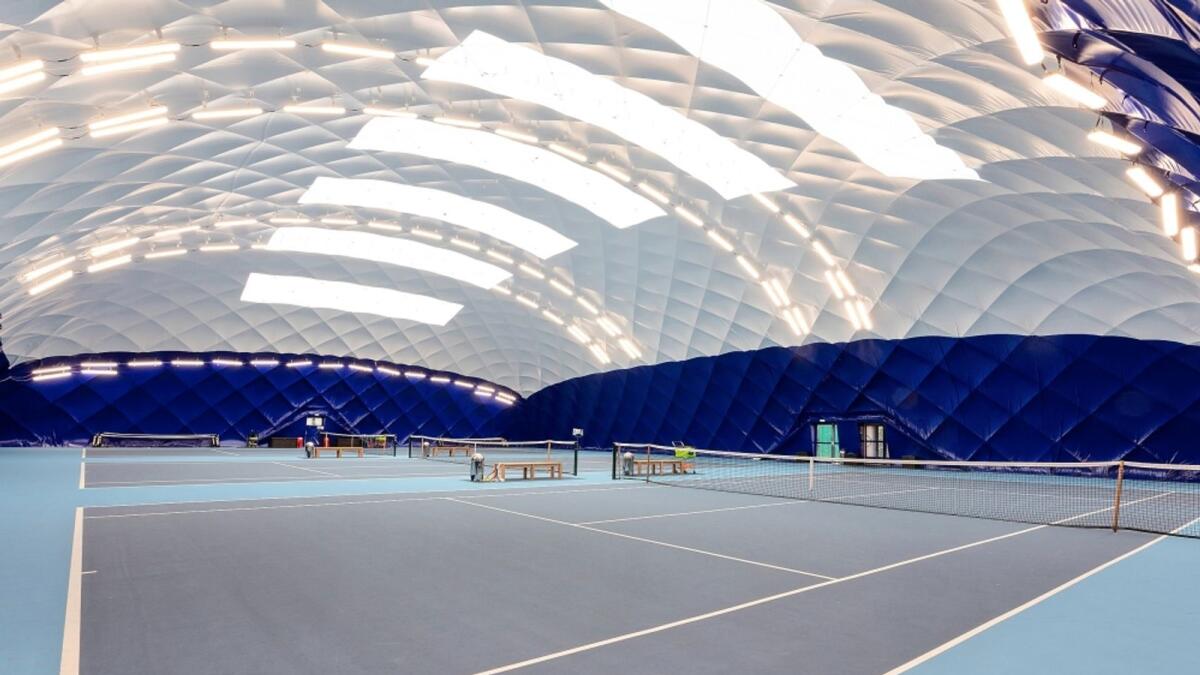 The club has applied for planning permission for the development of an air-dome to cover three courts previously permitted along with a practice wall at Ballymahon Road, Cloghanboy, Athlone.

Commenting on the new developments, Vice Chairperson of Athlone Tennis Club Oliver McGrath said: “Subject to funding and planning it (the dome) will open up tennis as a facility 365 days of the year. Leinster Tennis is supporting the planning application and they would see it being a regional center for Leinster tennis.”

According to Mr McGrath, the new dome will attract schools and colleges to the amazing facilities in Athlone and it will aid tennis players who will not have to fight the elements as is typically the case during the winter period.

The Vice Chairperson continued: “It will open up a huge amount of opportunities. It could be used for other multi-sports use. It’ll attract people to the game.”

The development is currently at Phase 1b as the club seeks planning permission and funding to build the proposed dome. Phase 1a of the project has already been completed which included three new courts, three mini children’s hardcourt tennis courts, LED floodlights, new artificial clay playing surface and a modular clubhouse.

The new facility is now built with all services on site. The development cost of phase 1a is in the region of €500,000.

All members of Athlone Tennis Club were invited to view the new LED lights which were recently connected. An information evening to update members on the progress of the development will also take place in December.

The local tennis club is also working with St Hilda’s to introduce lessons for special needs people and to implement a social inclusion programme.

“This is fantastic for the Midlands. It will bring in other sports players from around the country. It will enhance memberships and people coming to play in the Midlands. We’re in a good position. For a small club we’ve punched over our weight,” added Mr McGrath.

“It’ll be a huge addition to the sports infrastructure of the Midlands. A huge amount has been done but there’s a huge amount left to do. It’s a community project that will benefit everyone in Athlone,” said the Vice Chairperson of Athlone Tennis Club.

“The dome will attract people who never thought of playing tennis before. Our new venue is in a fantastic location,” concluded Mr McGrath. The whole development project including the proposed dome will cost in the region of €650,000.” The dome planning application was lodged in October and the planning authority is due to make a decision on the dome and practice wall by Thursday, December 1. On November 21 last, the club got the green light to move forward with a proposed clubhouse, which is a modular building.Modular sports club houses are designed with heat retention in mind, using specially engineered materials and structural systems that are pre-insulated.

If the planning application is approved for the dome, it will allow the tennis club to apply for the necessary funding to build Phase 1b. Sports Capital Funding is due to open up for funding in early 2023. The club will seek regional funding to develop Phase 1b along and has the support of Leinster Tennis and Tennis Ireland.

Phase 2 (2028-2031) of the project will hopefully see the construction of a new purpose-built club house that will meet the requirement of a potential 750/800-member club.

In 2021, the club secured funding of €150,000 from the LEADER Transition programme, a Sports Capital program award of €97,116 and a very successful bond scheme which raised €120,000 from 49 members which allowed the club to get to this amazing stage and secure the future for Athlone Tennis Club.

The club recently held a raffle draw and would like to thank all those who sold and purchased tickets.

The club’s fundraising and finance team are continuously seeking funding opportunities and are actively involved in seeking commercial sponsorship from local businesses. Since the raffle the committee has raised over €5,000.

The club requires in the region of €45/50,000 to relocate to the new clubhouse and have launched a bond scheme to do so.

The cost of relocating equates to approximately 25 bonds (A Bond is €2,000). A figure of 70 purchase bonds is the target set. This figure along with funds awarded to the club will allow the tennis club to purchase the clubhouse.

A bond is a type of security under which the issuer owes the holder a debt.

The club are making a final call to any club member if they are in a position to purchase a bond, please make contact with any member of the finance committee or via email at [email protected]

The tennis club would also like to sincerely thank Director of Services, Westmeath County Council, Barry Kehoe, who was instrumental in facilitating the relocating of the club.