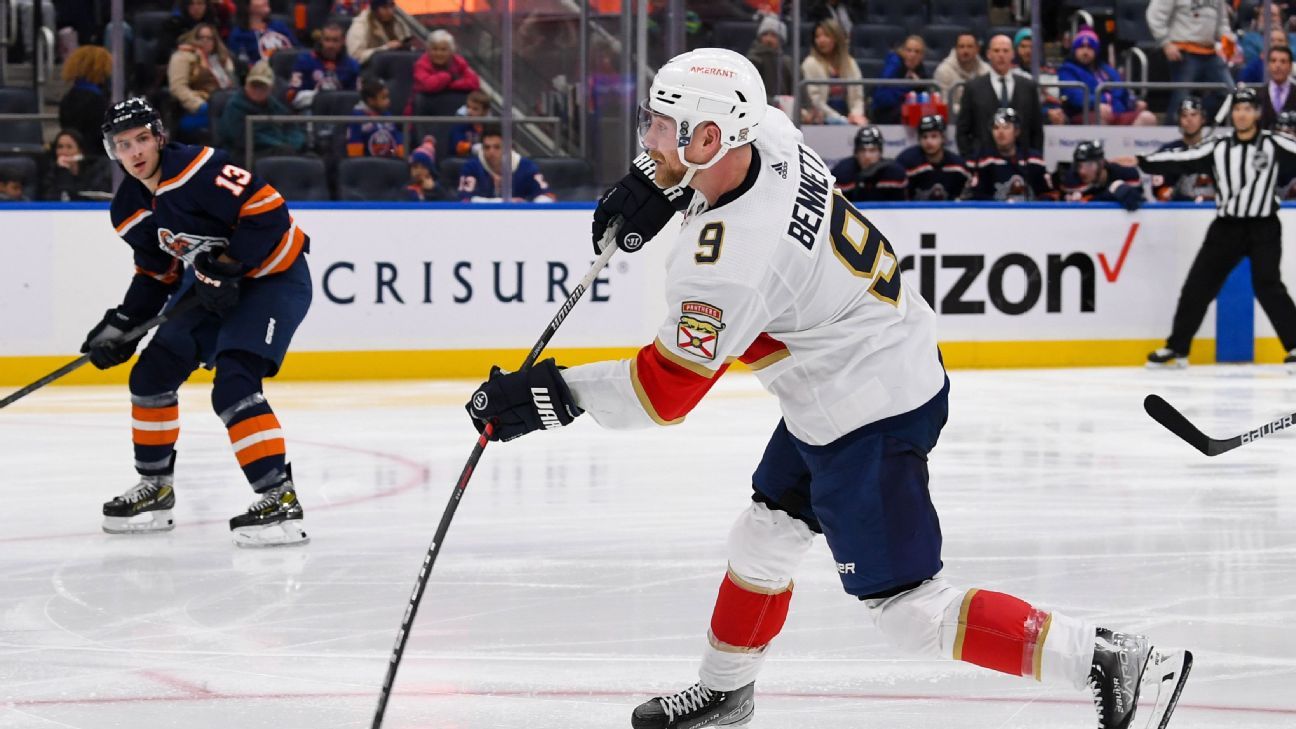 Saturday’s frenetic 14-game schedule features one lonely matinee, when the Flames visit the Stars in Dallas. Calgary faces a tough challenge in trying to build on a recent, decent trip through St. Louis against one of the league’s stingiest netminders. Jake Oettinger has been extra harsh toward opponents of late, rocking a 5-1-1 record, .941 SV% and 1.70 GAA since Dec. 27. Highlights from the seven-game logjam at 7 pm include the Islanders looking to jump-start their dormant offense against a porous Montreal defense, while the Capitals chase revenge after losing to these same Flyers on Wednesday.

Carolina the victors in their three previous meetings, and winning each by a single goal, the Penguins and Hurricanes wrap up their four-game season series in Raleigh. new cane Max Pacioretty is already back on the injured shelf after only three full contests. Meanwhile, the Maple Leafs — loosely expecting Auston Matthews back in the lineup — hope to hand the Bruins their second regulation loss at home this season.

Fast forward an hour, when the Predators host the Sabers. Losers of three straight, Buffalo is in tough in trying to turn matters around against a miserly Juuse Saros. The sizzling Kraken visit Chicago, having outscored opponents 33-11 — everyone is pitching in for Seattle — during their seven-game win streak. The Blackhawks’ own three-game heater — without Patrick Kane! — projects to come to an end on this night. The Lightning also make their one and only stop in St. Louis.

The day’s festivities wrap up when Connor McDavid and the Oilers visit Vegas, where the Golden Knights are forced to manage without one of their best. Forward Mark Stone is listed as week-to-week with an upper-body injury. Following up Friday’s tilt in Anaheim, the Devils continue to skip through California in meeting the Kings in LA

The Red Wings wrap up their season trifecta with the Blue Jackets at home on Saturday after already scoring 10 goals through two victories. Considering Columbus is struggling more than ever, Dylan Larkin and friends should add handsomely to that running totally. Play your Red Wings, including a healthy and in tune Robby Fabbri.

The Canucks – who appear to be the unhappiest team in the league right now – are relinquishing goals-a-plenty on their current road trip, including five to the Lightning, five in Pittsburgh, and seven to the Jets. This is a prime opportunity for the Panthers to get themselves back into scoring gear. Forward Sam Bennett potted a pair in their last meeting, a 5-1 Florida win in December.

Reilly SmithVegas Golden Knights (48.9%): Since Stuart Skinner still awaits the birth of his child, either Calvin Pickard makes his first NHL appearance of 2022-23 or Jack Campbell starts his seventh in eight games and second in as many nights. However that Oilers goaltending cookie crumbles, Vegas forwards like Smith present as solid scoring threats for the fresher legs on the Strip.

The first 32 players for the 2023 NHL All-Star Game have been announced. But it’s up to fans to determine which 12 players will join them on Feb. 3-4 in South Florida. Vote here before the deadline on Jan 17.

SamSteelMinnesota Venison (3.5%): Centering a top line with Kirill Kaprizov other Mats Zuccarello (healthy again), the 24-year-old has two goals and four assists in his past six games. Steel also scored on the Coyotes at their last rendezvous in November.

Martin Jones (projected), Seattle Kraken (41.6%): Seattle’s No. 1 just helped hand the Bruins their first home regulation loss of the season by pitching a 27-save shutout at TD Garden. He blanked the Canadiens in Montreal three days earlier. He’s 6-0, with a .946 SV% and 1.33 GAA since New Year’s. The Blackhawks’ offense ranks dead last in the NHL. How do you not run with Jones here?