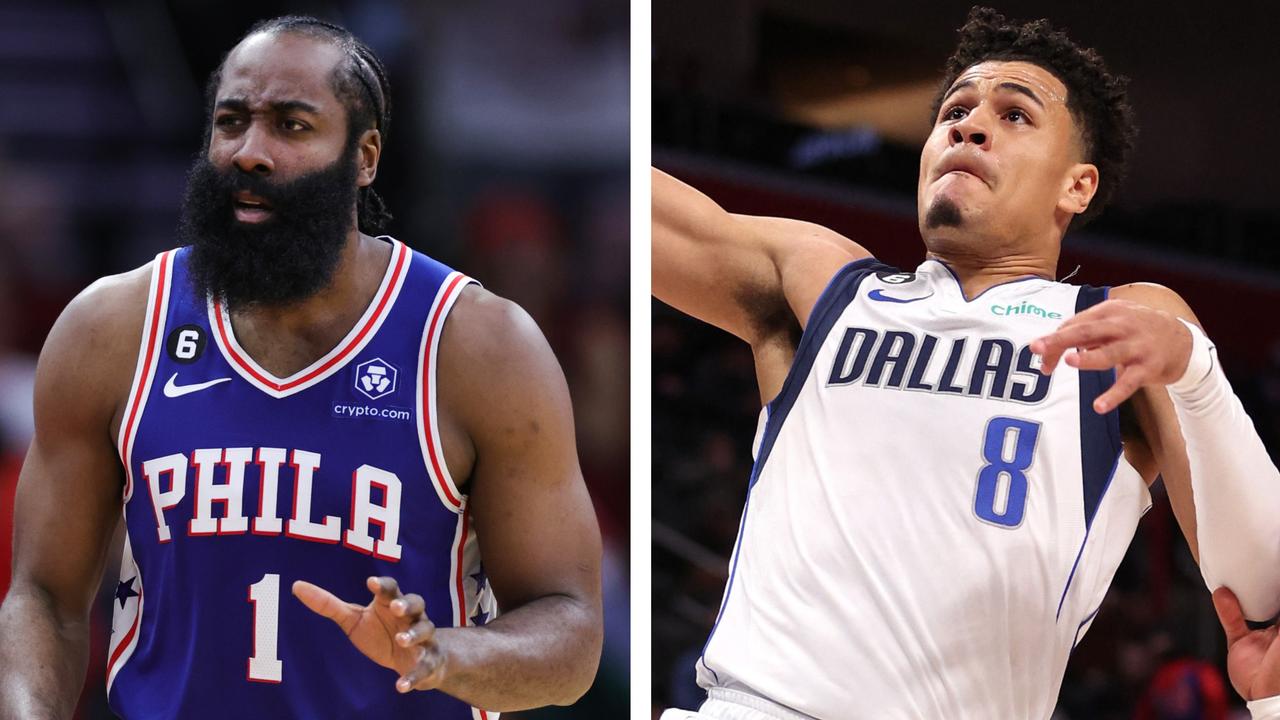 The Philadelphia 76ers suffered a shock 123-132 road loss to the Houston Rockets in double overtime in James Harden’s return to come under fire from the NBA world.

It was tight all contest where neither side could get separation on the scoreboard including in the first overtime where Kevin Porter Jr crucially missed a free throw late that could’ve won it for the home side.

But Houston hit back-to-back threes to open the second extra period through Eric Gordon and Porter Jr. and maintained a buffer for the rest of the way to improve to 7-17.

Jalen Green led the way for the Rockets with 27 points on 9-of-10 shooting and seven assists and Porter Jr. added 24 points and six rebounds.

Harden, who was supposed to be on a minute limit in his return from an 11-match absence, played 38 minutes and scored 21 points with seven assists.

Meanwhile Joel Embiid led the Sixers with 39 points, seven rebounds, two steals and two blocks, however he and Harden combined for 12 of Philadelphia’s 19 turnovers.

It marked a third-straight loss for the Sixers to drop to 12-12 on the season.

Leonard hit a game-winning shot to lead the Clippers past the Charlotte Hornets 119-117 in a huge road win after he missed six games with a sprained ankle.

Paul George also returned from a leg injury and led LA in scoring with 19 and seven assists.

The Clippers’ bench helped them get back in the game in the fourth quarter to set up for a tense final couple of minutes where Leonard stepped up in crunch time.

After Terry Rozier’s jumper put Charlotte up 117-115 with 1:34 left, Leonard evened the scores with a put back layup following Marcus Morris’ three-point miss.

Leonard then got the ball back in an isolation play, dribbled right and buried his signature mid-range jumper to put the the Clippers ahead 119-117 with 1.4 on the clock.

The Hornets had to call a time-out after their first inbound attempt nearly ended in a five-second violation before PJ Washington missed a fadeaway jumper to seal the Clippers win.

With it, the Clippers improved to 5-1 when Leonard, who had 16 points and six rebounds in 28 minutes, is on the floor this season and 14-11 overall.

“It felt good,” Leonard said of his game winner post-match.

“My teammates trust me. They (Charlotte) sent Rozier on me at the beginning but they did a great job switching.

“I was able to get the ball in my spot and shot the ball confidently.

“I felt good – I can’t wait to get back playing in a rhythm and playing more minutes – but I’m taking a challenge and happy we got the win tonight.”

Kelly Oubre Jr. posted a game-high 28 points with seven rebounds and Washington added 26 points, but it wasn’t enough in the end as the Hornets fell to 7-17.

GREEN EXPLODES IN FIRST HALF AS MAVS DEFEAT SUNS

Aussie Josh Green is finding his way for the Dallas Mavericks

Green exploded in the first half of the Mavs’ 130-111 win over the Phoenix Suns, scoring 14 of his 16 points on a perfect 5-of-5 shooting from the field and 3-of-3 from the foul line to go with two rebounds, three assists and two steals in 16 minutes off the bench.

It helped Dallas get out to a 67-41 by the main break as the Aussie young gun drew big praise from the basketball world on social media.

Phoenix never really back into the game in the second half in what was a one-sided affair at American Airlines Center.

Jayson Tatum scored 17 of his 31 points in the third quarter on Monday as the Boston Celtics kept rolling with a 116-110 NBA victory over the tenacious Toronto Raptors.

Trailing 62-56 at halftime, the Celtics out-scored the Raptors 35-18 in the third period to take a nine-point lead, pushing their advantage to as many as 13 in the fourth as they improved their league-best record to 20 -5.

The Celtics lead the Eastern Conference by two games over the Milwaukee Bucks, who beat the Orlando Magic 109-102 on the back of 34 points and 13 rebounds from two-time NBA Most Valuable Player Giannis Antetokounmpo.

In Toronto, Tatum added 12 rebounds and Jaylen Brown scored 22 points as the Celtics posted their seventh win in eight games– despite the absence of injured Al Horford and ailing Malcolm Brogdon.

Defensive Player of the Year Marcus Smart added 18 points and Blake Griffin’s 13 included a tip-in off a Tatum miss that pushed Boston’s lead to 115-108 with 26.8 seconds remaining.

Pascal Siakam led Toronto with 29 points and Scottie Barnes chipped in 21, but the Raptors lost at home for just the third time this season.

Tatum said the Celtics decided at halftime to “figure it out.” “Second night of a back-to-back, against a team that plays really well at home,” he said. “We were just playing too slow. We were worried about the officiating too much, and we just wanted to change that.

“We came out and started the third quarter with just a different boost of energy.” Tatum said it’s the kind of win the Celtics need if they’re to return to the NBA Finals and claim the title that eluded them against Golden State last season.

“When we put our minds to it, we can beat anybody,” he said. “It’s a choice that we’ve got to make.” In Orlando, the Bucks shook off a sluggish start on the way to a 54-45 halftime lead and never trailed after the interval, withstanding a late push that saw the magic cut the deficit to four points with 2:20 remaining.

A free throw and a driving layup from Antetokounmpo helped extend the lead again, as the Bucks held on for the win.

Milwaukee made 13 three-pointers on 40 attempts, and kept their offense firing with 31 assists.

Oklahoma City’s Shai Gilgeous-Alexander scored 35 points and Josh Giddey added 12 of his 17 in the fourth quarter as the Thunder rallied from a double-digit deficit to beat the Hawks 121-114 in Atlanta.