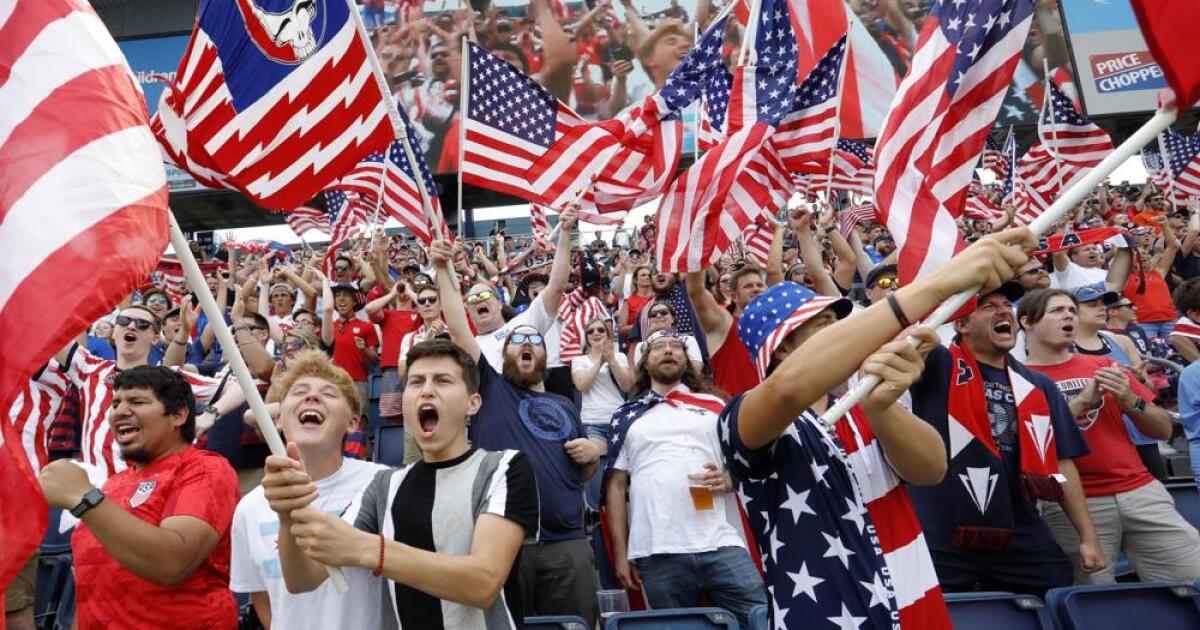 When the US men’s national team faced off against Iran late last month in the group stage of the 2022 World Cup, Sylvan Avenue Tavern in West Dallas was packed to the brim with soccer fans hoping for the US to pick up a win.

Joshua Hall was one of those fans. Having grown up in a Hispanic household, Hall said he’s passionate about the sport. He even took off work to watch the game.

“I’m a fanatic,” he said. “I can always say like, you know, I watch both footballs, American and world football.”

Of course, while the US beat Iran 1-0 that day, the team failed to make it past the Round of 16.

Still, for Texas soccer fans like Hall, this year’s tournament in Qatar is a preview for something even more exciting: The world’s largest sporting event is coming to the US in 2026, with both Dallas and Houston chosen among the host cities.

Hall was just 3 years old in 1994, the first and only other time the World Cup came stateside. Back then, cup games were held at the Cotton Bowl in Dallas.

His family attended, and now Hall plans to continue the tradition by bringing his daughter, who’ll be 4 by then.

“Just to have it here, I mean, the world’s talent’s gonna be here,” Hall said. “I hope the US can play here so I can go see them in my backyard.”

And it’s not just soccer lovers who are excited. Local officials expect the games will bring billions of dollars to the region.

Renovations at AT&T Stadium in Arlington are already underway with $295 million in upgrades planned ahead of the tournament, according to WFAA.

Arlington Mayor Jim Ross said the city is working closely with the Dallas Sports Commission — which works to bring big sports events to the region — as well as nearby city leaders to plan for the tournament. Preparations include opening the Loews Arlington Hotel, which will have more than 800 rooms and will be located between AT&T Stadium and Globe Life Field, Ross said.

It was June when FIFA announced the tournament’s coming to North Texas. Sports celebrities and local officials cheered the news at the public announcement in downtown Dallas.

Monica Paul, who leads the Dallas Sports Commission, was recently in Qatar, absorbing all she can from this year’s cup.

“Quite honestly, it’s something that it’s hard to describe, unless you’re here to see it, witness it and feel it,” Paul said.

Paul caught three games, including the US playing the Netherlands in the Round of 16. She sees the tournament as a diverse cultural experience — and sees the 2026 cup as a potential huge boost for North Texas.

“This is a once-in-a-lifetime, definitely a once-in-a-generation opportunity,” Paul said. “Even if you’re not a soccer fan, it’s very hard to not be immersed in everything that the World Cup is.”

Paul estimates the region could see an economic impact of $400 million – per match. That’s not counting what a potential final match could add.

During June’s announcement, FC Dallas president Dan Hunt said he anticipated the overall impact for North Texas to be in the billions of dollars.

“It is not just limited to hosting games here, and our goal is to get at least six games for the world cup,” Hunt said at the time.

Whatever the economic impact, fans hope the 2026 World Cup makes a positive impact on the sport’s popularity in the US

Last month’s Sylvan Avenue Tavern watch party was organized by the local chapter of Barra 76, a support group for the US men’s national team. Organizer Miguel Villalpando says they focus on Spanish-speaking fans.

He hopes the next big tournament will help them grow, and will help bring more support for the sport year-round.

Got a tip? Email Pablo Arauz Peña at [email protected]

KERA News is made possible through the generosity of our members. If you find this reporting valuable, consider making a tax-deductible gift today. Thank you.