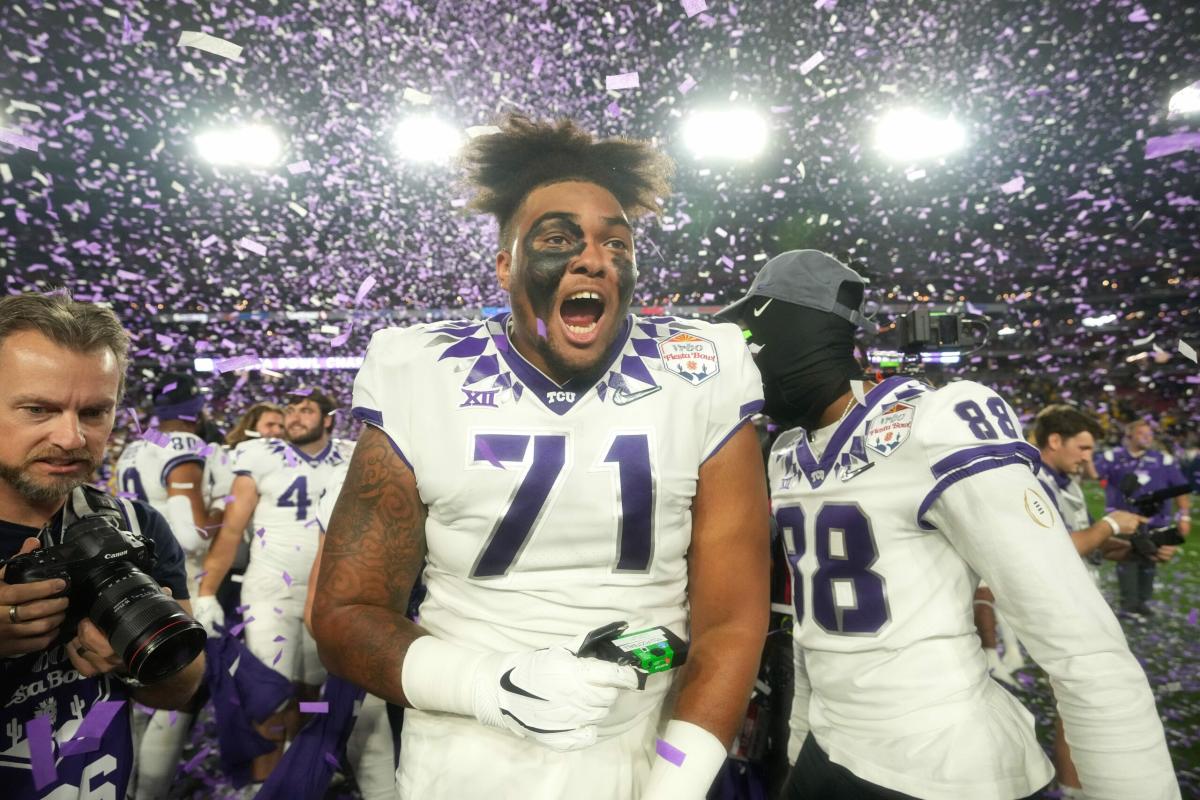 Yes, a 12-team College Football Playoff has its flaws. Yes, there will be years when the outcome is frustrating. Yes, there will probably be a season in which Alabama goes 10-2, finishes third in the SEC, and yet gets into the playoff and wins three games to take home the title. It will be annoying. However, we can’t live in complete fear of Nick Saban and the SEC. They have scared a lot of college football fans into thinking a 12-team playoff is bad for the sport.

No. The Bowl Championship Series — the BCS — was the darkest era in modern college football history. That was the worst time for the sport in the past 50 years. The 12-team playoff isn’t nearly as bad — imperfect, sure, but a lot better than the BCS.

TCU GOT A CHANCE

Under the BCS, TCU doesn’t get to play for the national title. It would have been Michigan-Georgia in a one-shot situation. Isn’t it great TCU got a chance to prove itself?

MICHIGAN HAD TO PROVE ITSELF, TOO

A Michigan team which did not challenge itself in nonconference games, and which played in a relatively weak Big Ten, needed to beat a good TCU team to earn its way into the national championship game.

Under the BCS, Michigan would not have had to play a semifinal. The Wolverines would have made the title game without a challenging schedule. Playing TCU was a test we all deserved to see. Had Michigan won, it would have earned its place in the national title game instead of being handed it by a BCS system which insisted that only two teams should play for the championship each season.

In the 2010 season, Oregon played Auburn in the national title game. TCU went unbeaten but was not given a chance to play for the title. This is exactly how — and why — the four-team playoff is better than the BCS. The 12-team playoff will give us even more “prove-it” matchups in which non-traditional powers such as TCU get their shot. That’s undeniably good for the sport. More schools, more communities, more fan bases remain interested in the product at this time of year.

Michigan Wolverines on the bench after 51-45 loss to the TCU Horned Frogs in the Fiesta Bowl Saturday, December 31, 2022.

The BCS would have had you think that the winner of the 11-0 Michigan versus 11-0 Ohio State game automatically deserved to play for the national championship. The playoff forced both teams to go through the semifinal round and prove they belonged in the title game. Neither team won.

Playoff football is more of a real proving ground than the BCS era ever was.

Tulane might not have won a semifinal playoff against Michigan or Georgia, but in a 12-team playoff, a team in Tulane’s position gets a chance to prove itself. This is, again, part of the larger reality that a 12-team playoff will grow interest in the sport. It won’t just be the Ohio States, Michigans, Alabamas, and Georgias of the world. The little guy wants to get his moment on national TV. Again, tell me how this is bad for the product. More people being interested in the sport is undeniably great.

SABAN AND THE SEC

Nick Saban and Alabama were so dominant for so long that when a season like this — the Crimson Tide losing twice and looking ordinary — comes along, people are still afraid Bama would win the playoff.

This is undeniably much better than the BCS. The 12-team playoff will be even more of an improvement.

ONE BASIC FACT ABOUT SABAN AND ALABAMA

Alabama has set the gold standard in the sport over the past 15 years — no one doubts or questions that — but in the past five seasons (2018-2022), how many times has Bama won the national championship?

The four-team playoff, compared to the BCS, didn’t make it easier for Alabama to win national titles.

Remember the Clemson dynasty under Dabo Swinney? The Tigers have missed the playoff the last two seasons. They have won only one national title the past six seasons, 2017 through 2022. The idea that we should fear one or two programs winning every 12-team playoff is just not convincing.

Georgia might repeat as national champion, but we saw against Ohio State that the Bulldogs are not the dominant team of 2021. This was not a foregone conclusion. There was actual parity in college football in 2022.

Two semifinals decided by a total of seven points. These games both went down to the wire. More of these games is a good thing for college football! We don’t have to fear Nick Saban and the SEC winning everything every year. Georgia trailed Ohio State by 14 points in the fourth quarter. The SEC is not miles above and beyond everyone else. USC and other programs can compete in this context.

POSTSCRIPT: THE BEST WAY TO SOLVE ALL OF THIS IS NOT THE 12-TEAM PLAYOFF, BUT 12 IS BETTER THAN THE BCS