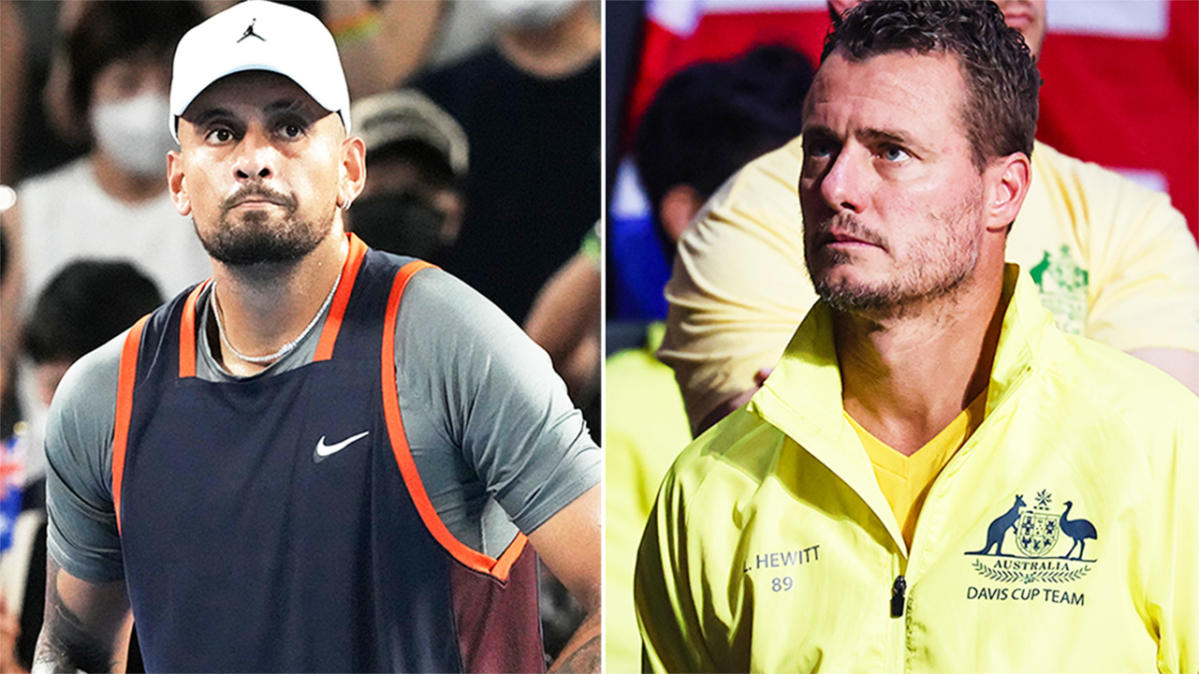 Nick Kyrgios has revealed why he is playing at a tennis tournament in Saudi Arabia, despite the drama surrounding his Davis Cup absence last month. Australia stunned the tennis world after reaching the Davis Cup final, but unfortunately they were unable to stop a 19-year-wait and went down 2-0 to Canada.

To make matters tougher, Australia were without Kyrgios who opted not to play in the entire tournament and hasn’t featured in the Davis Cup in three years. With Kyrgios missing, Australia did remarkably well even to make the final. However Alex de Minaur and Thanasi Kokkinakis were no match for Felix Auger Aliassime and Denis Shapovalov as Canada won the final without dropping a set.

Australian coach Lleyton Hewitt revealed he attempted to persuade Kyrgios to play in the tournament. “I don’t know. You have to ask him. I can’t try any harder,” he said when asked about Kyrgios. De Minaur’s response was similar. “I have tried, as well. Just wasn’t meant to be…”

Since the event, Kyrgios has now responded to the reason why he opted to play in Saudi Arabia a week later after not helping the Australia during the team event. And Kyrgios said he wanted to be remembered as someone who gave back to the sport and promoted the game.

“I love traveling to places where you don’t know much about tennis, and trying to draw attention to the sport, I think it’s important,” he said before the event. “When I retire I want to know that I have left something and get many new fans into the sport. I think it’s a bonus for me to be able to play these matches and I will use the pressure from the match to start ahead of the others at the start of the season.”

Kyrgios’ tune appears to have changed slightly after his comment on hyping up the Saudi Arabia event. A week ago, Kyrgios took to social media and wrote: “About to go to Saudi for 6 figures actually” when replying to a comment.

Kyrgios’ huge payday will finish off his career-best season, which saw him reach the Wimbledon final and win the Washington event. He also won the Australian Open doubles trophy with fellow Aussie Thanasi Kokkinakis.

Meanwhile, Kyrgios has been included as part of this year’s strong list of finalists for the John Newcombe award. Ash Barty is strong favorite for the award as Kyrgiosthree-time grand slam quarterfinalist Ajla Tomljanovic and Wimbledon doubles champions Matt Ebden and Max Purcell were nominated alongside the Australian Open champion.

Alex de Minaur and Storm Hunter (nee Sanders), the stars of Australia’s respective runs to the 2022 Davis Cup and Billie Jean King Cup finals, are the other nominees.

Click here to sign up to our newsletter for all the latest and breaking stories from Australia and around the world.