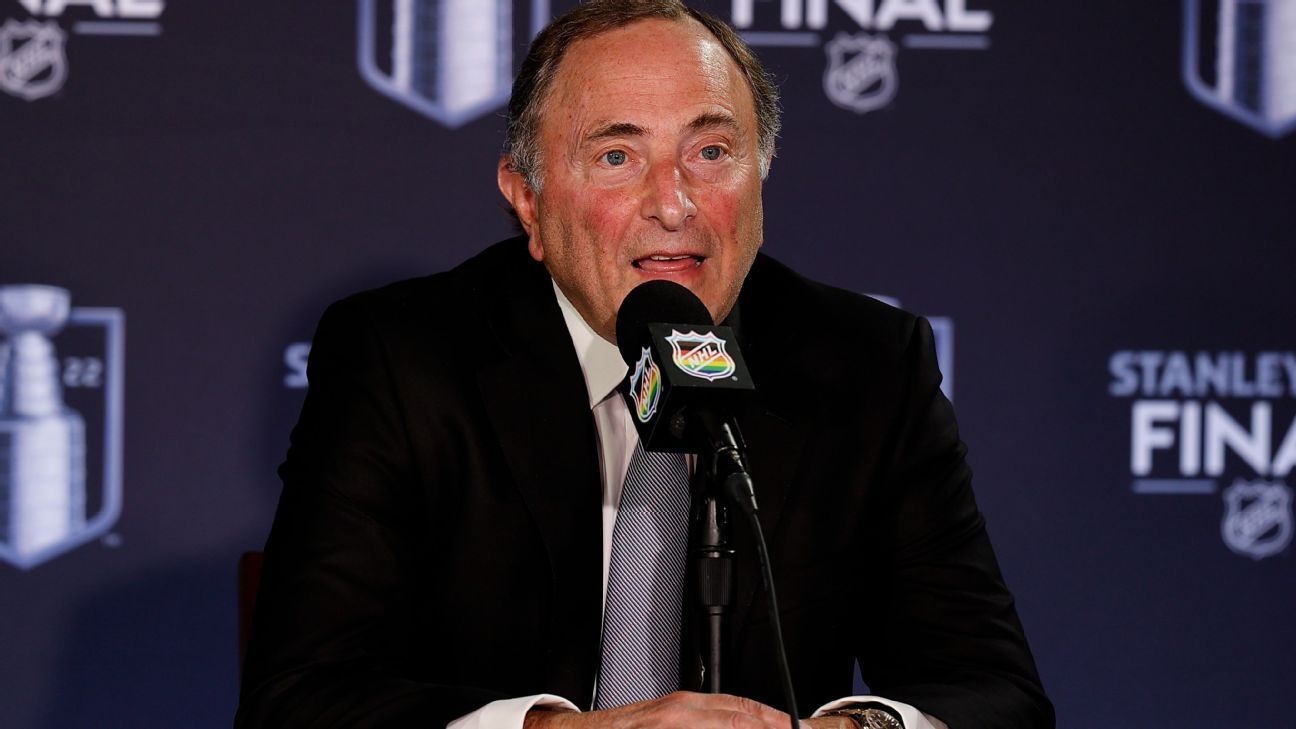 The NHL and NHL Players’ Association signed a collective bargaining agreement in 2020. They agreed to keep the salary cap flat at $81.5 million until hockey-related revenue surpassed $3.3 billion for the previous season. The salary cap increased for the first time under that CBA this season, up $1 million to $82.5 million.

The flat cap was necessary because the players owed an estimated $1.5 billion in debt to the owners because of the teams’ COVID-19 pandemic revenue losses. When that debt is paid off in full, the cap moves to a “computational cap” linked to revenue.

In October, Bettman said there was a chance that the 2023-24 season would have a computational cap, and that the salary cap could rise by more than $4 million because there was “a good probability” that the players’ escrow debt will be paid off this season.

But at the board of governors meeting in Palm Beach on Tuesday, Bettman downplayed those expectations and said the players could still owe about $70 million at the end of the season.

“Based on current projections, there will still be an escrow at the end of the season. If that’s the case, we will move the cap up by $1 million,” Bettman said. “If we perform even better — and the budgeting projections that we have now are pretty robust — it’s conceivable the escrow will go away and the cap will go up to [over] $86 million.”

Bettman said the NHL would have to bring in an additional $140 million-$150 million in revenue for the players’ escrow to be paid off this season. He said if the escrow isn’t paid by the end of the 2022-23 season, he believes “it should be all gone” after the 2023-24 season.

There are a couple of major factors that will influence the NHL’s revenue growth for this season. Currency valuation is one. The Canadian dollar currently is valued at 0.74 US dollars. Bettman said the value of the Canadian dollar had a negative impact of between $10 million to $15 million last season.

Another factor is the Stanley Cup playoffs. According to deputy commissioner Bill Daly, the league’s revenue could greatly be impacted with the right franchises in the postseason and making deep runs. “Who’s in the playoff and what are they generating?” he said.

The board of governors did not discuss whether they’d be amenable to negotiating a bridge with the NHL Players’ Association that would allow the cap to rise higher next season given how close the players are to paying off the escrow debt.

“That’s not what the agreement provides for, under the current circumstances,” Bettman said. “If it needs to be changed, that’s something that would have to be discussed with the players’ association.”

An NHLPA source said that bridging between the two cap numbers — which is referred to as “smoothing” — has been discussed internally. While the CBA allows for that negotiation, there hasn’t been a formal polling of players to determine if that’s the path the NHLPA wants to take.

Daly said he believes the board of governors would seek to alter the current deal on its own. “There’s no reason we would proactively try to change the agreement,” he said.

The flat salary cap has been a major factor in slowing NHL trade activity this season. As teams look to the offseason, there’s frustration among management about the ambiguity about next season’s cap space, and the difference between a $1 million bump and a $4 million-plus rise.

“I just wish they would give us certainty,” one NHL general manager told ESPN. “I’m totally hamstrung not knowing how to plan for the future. Would be great if they could give us even a sense of what it might look like the next three years.”