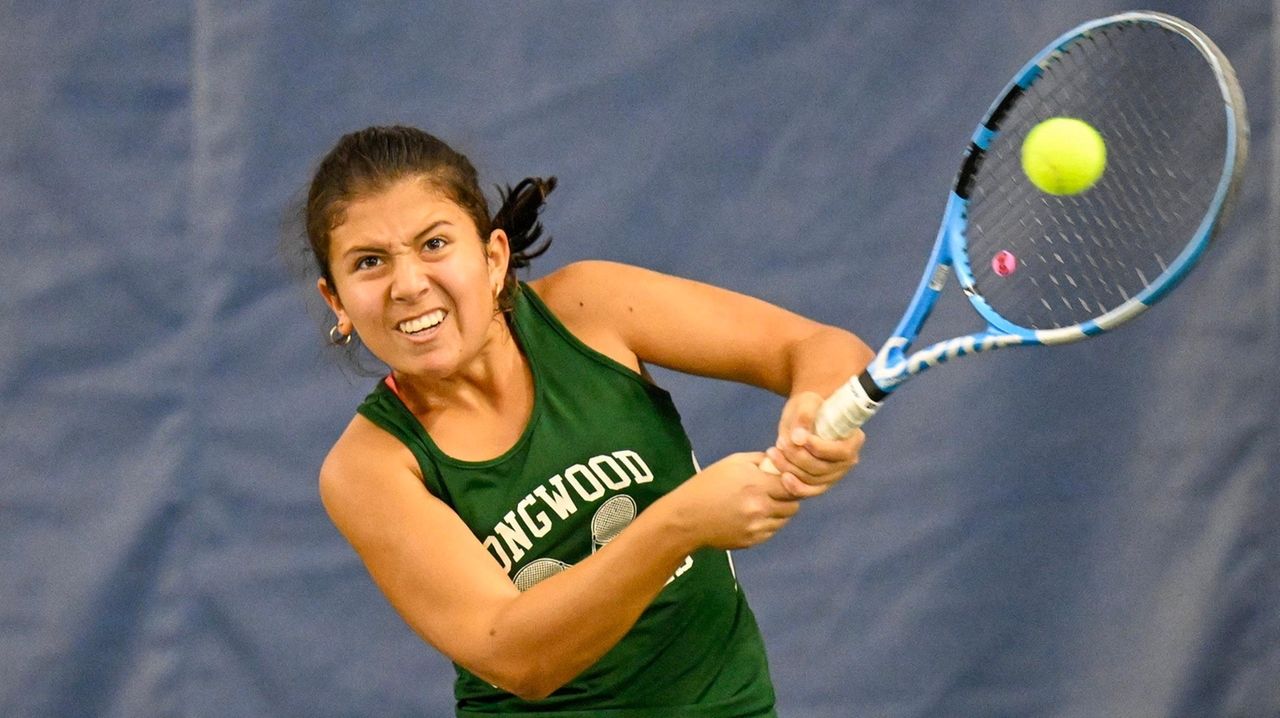 Matos has relentless ground strokes and the quickness to get to every ball, but her mental toughness makes her special. She won her second straight Suffolk individual singles title with a three-set victory after dropping the first set. She finished second at the state individual championships after winning a grueling three-set semifinal culminating in a 10-8 tiebreaker. Her season mark was 23-1.

She was the complete package – a strong lefty serve, savvy style and strong will – and helped the Seahawks capture their first Nassau and Long Island small schools team title and reach the state championship match. Loeffler was 16-0 in team play, finished second at the Nassau individual singles championships and placed fifth in the state. Her season singles record was 23-2.

She keyed Smithtown East’s run to the Suffolk County large schools team final by going 12-0 in singles. Konopka took third place at the county individual singles championships and reached the state’s Sweet 16. Her season mark was 22-2.

Kronenberg crafted a scintillating senior season by helping Ward Melville reach the team quarterfinals and then finishing second in the Suffolk Individual championships. She was 20-3 at singles.

These Vikings capped spectacular high school careers by leading a late surge to the Nassau and Long Island large school team championships with their play at singles, Perfiiev going 13-5 and Ross going 14-5. They teamed to go 9-1 in individual doubles play, winning a third straight county crown and placing second in the state.

The Hurricanes tandem captured the Suffolk individual doubles championship and finished seventh in the state tournament. Westhampton reached the county large schools quarterfinals with Buchen and Stabile playing singles and going 17-1 and 18-0, respectively.

After Tolat (11-5) and Veneziano (8-7) helped the Bulldogs to the Nassau Large school quarterfinals, they teamed to finish third in the Nassau individual doubles championships and fourth in the state tournament.

The Rebels pair finished third at the Nassau individual doubles championships and took third in the state tournament as well. GNS reached the county large schools quarterfinals with Diaz and Lee playing singles and going 13-2 and 12-3, respectively.

The 17th-year coach steered the Seahawks (13-8) to their first Nassau and Long Island small schools championships and then to the state final.

Roger Rubin returned in 2018 to Newsday, where he writes about high schools, colleges and baseball. He’s been a Baseball Hall of Fame voter since 2011