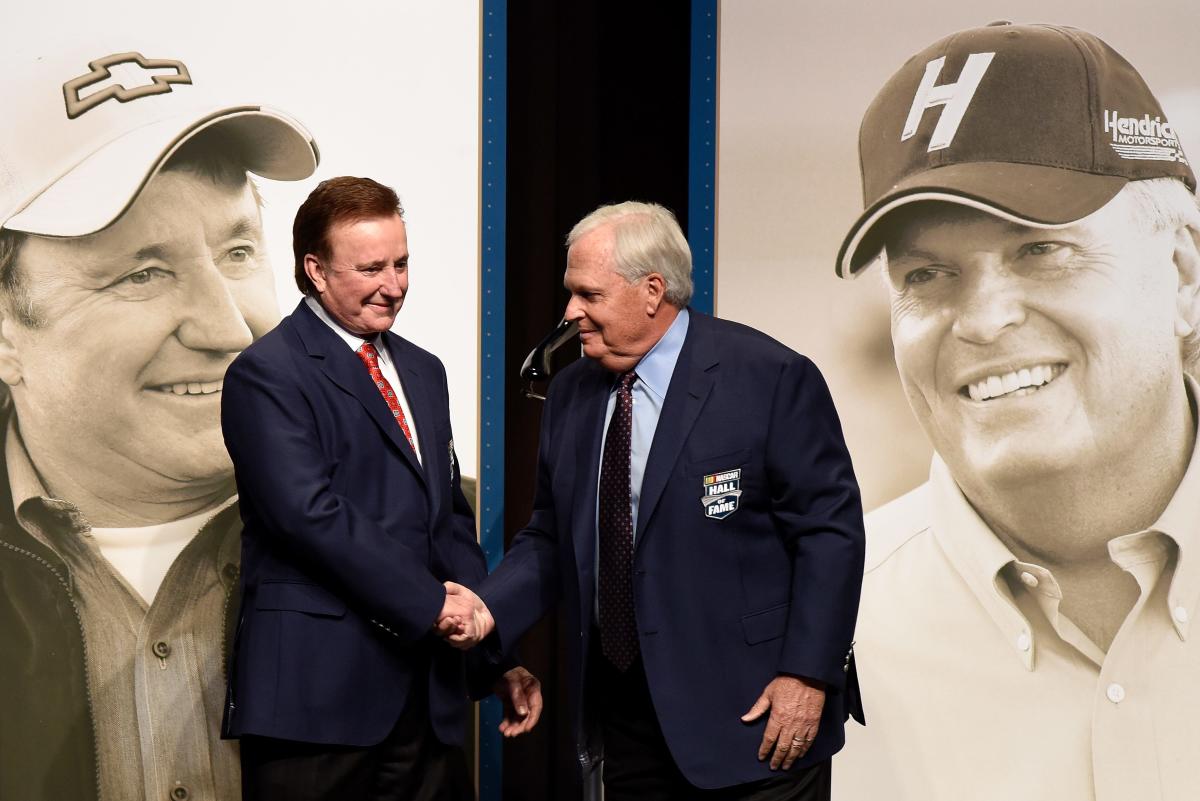 As for shots across the bow, we’ve seen heavier ammo than this.

But opposing fire is opposing fire, so attention must be paid to its existence, even if it has the feel of just a warning shot.

The top NASCAR teams, under the umbrella of the Race Team Alliance, have strategically put out word that they’re exploring the possibility of staging their own exhibition races as early as a year from now.

According to a report this past week in the sports-world’s favorite organ for such things — Sports Business Journal — the RTA has hired a marketing agency to “explore exhibition race opportunities, both domestically and internationally.”

The request was deemed “very exploratory.”

And very interesting, given what it signals.

NASCAR’s current network TV contract — the cash spigot that fuels the bulk of the parade — runs through 2024 and the big teams have said the old way, which is also the current way, can no longer be the only way.

That 25% has never paid most of the overhead for teams, who have always filled the large gaps with corporate sponsorship from large companies. And some small ones. They say 60-to-80% of their racing budgets come from beating those bushes.

So the RTA leaders have been talking with NASCAR about changing the split so they don’t have to spend so much of their time acting like congressmen — shaking trees and shaking hands, looking for donations. Instead of offering favorable legislation, they offer logo placement on a fender and a meet-and-greet with Joe Racer at your company’s next wellness retreat.

In the abstract, the teams are doing it to themselves. No one forced them to open a fresh can of engineers, add another 10,000 square feet to the shop, or find an upgraded hauler so nice that they bought three. They can take their TV and purse money and live within their means.

But in reality, there’s a scoreboard, and it still pays more — way more — to be on the north end of that board instead of the south. And it costs more to get there. Cubic dollars is the old term.

When talks with NASCAR weren’t progressing at a desirable pace, some RTA leaders — including Jeff Gordon, now the vice-chair at Hendrick Motorsports — went to the media to discuss their concerns and maybe help jumpstart serious negotiations on changing that network revenue split .

Apparently, common ground is still elusive, which has led to this most recent talk about potential exhibition races, independent of NASCAR.

At first, you want to say, “Lots of luck trying to make that work.” There’s so much involved with producing a big-league auto race, it’s hard to imagine it being profitable, much less the kind of financial windfall teams want to keep the lights on and the cars at top speed.

Hasn’t Tony Stewart’s SRX already shown it can be done?

But then you realize there’s already a non-NASCAR entity out there — Superstar Racing Experience (SRX) — that has operated a six-race, network televised series each of the past two summers, with big-league names.

And one of the SRX series owners is Tony Stewart, who’s also co-owner of a NASCAR team and part of the Race Team Alliance. What’s more, Tony spent much of this past season personally upset (to put it nicely) with NASCAR.

You ramp up some animosity when your team is fined $300,000 within the span of a week, regardless of the legitimacy of that deterrence.

If exploratory findings prod the RTA to proceed toward an off-season racing venture, its pit crews will surely include a lawyer or three, since this could obviously get sticky in a fine-print kind of way.

So far, NASCAR is leaning on cost savings to make things easier on the teams. The teams say that’s not enough and they need more TV money.

The guess here is, the compromise will involve some sort of soft spending cap, along with a friendlier TV split for the teams.

Men like Tony Stewart and Roger Penske have spent much of their lives in the Midwest. They know where to find some walking wounded who didn’t fully survive the Indy-car war of the 1990s — hollow-eyed, angry, or both.

Surely there’s enough of those memories still around to force sane people to avoid a repeat of that history.