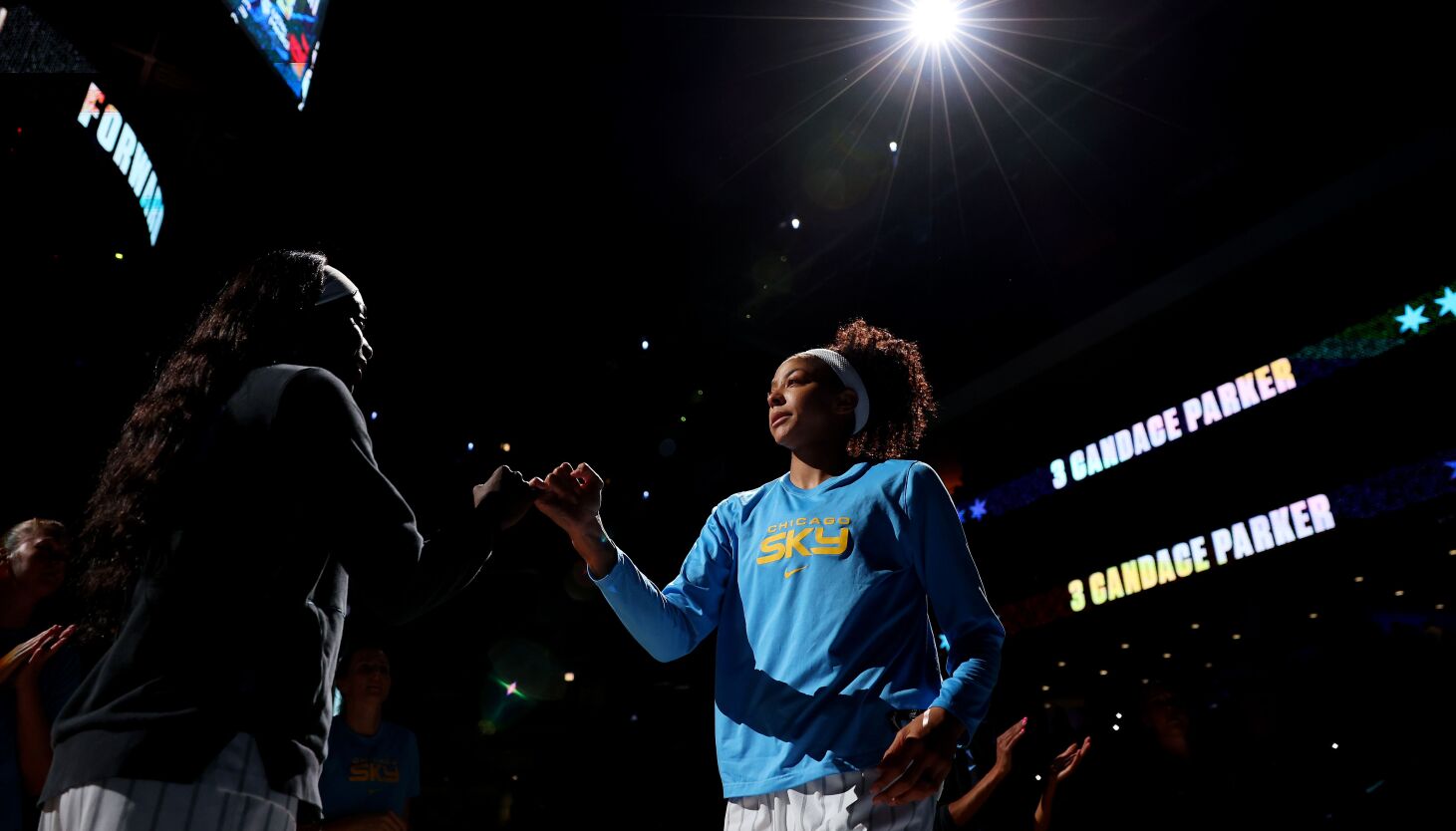 Most people have heard the stories of Courtney Vandersloot and Allie Quigley sending Chicago’s finest delicacies to Candace Parker in an effort to woo her during WNBA free agency in 2021.

As the Sky’s longest-tenured players and the faces of the franchise, the backcourt duo pulled out all the stops to entice the WNBA’s top free agent into joining them in Chicago. By the time the 2023 season rolls around, it will be Kahleah Copper sharing stories of the effort it took to persuade the WNBA’s best to consider the sky as a landing spot.

Copper won’t just be tasked with helping Sky coach/general manager James Wade re-sign Parker. She’s gearing up for an assistant GM role, of sorts, that will have her trying to help bring back Vandersloot and Quigley, too.

As a matter of fact, she’s trying to bring back the entire 2022 Sky roster if she can.

”I don’t care if people come back and sign a one-year [deal],” Copper said. ”But there’s no way we can just be done [playing together].”

Copper’s sentiment is rooted in how the Sky’s season ended: in complete and utter disappointment.

The Sky had all of the pieces to become the first team to win back-to-back WNBA titles in 20 years — talent, depth and experience — but instead were eliminated by the Sun in Game 5 of the semifinals. It was a game that left a bitter taste in the mouths of the Sky’s players.

After the Sky’s 2021 championship, Parker took some time to relax, partaking in what she describes as ”citizen workouts,” such as Pilates, hiking and yoga. But six days after the sky was eliminated by the sun, she was back in the gym.

When the WNBA shared a recap video of the Sky’s season this week on social media, Parker reshared it and expressed discontent with how it ended.

”Candace is the ultimate competitor,” Copper said. ”So from last season, there was no way she could be done. It’s important for me with her being my big sis, my best friend, that I protect her legacy. If she comes back to Chicago, I’m all in to do whatever it takes for her to win another championship.”

Quigley has contemplated retirement, saying she would spend time with family this offseason before deciding about whether to return to the WNBA. Defensively, Quigley made significant improvements that were evident during the Sky’s playoff run. Offensively, her production dipped.

In fact, Parker was the only member of the Sky’s 2021 starting five whose playoff production improved in 2022. She averaged a playoff double-double with 14.8 points and 10.8 rebounds.

Wade has maintained he doesn’t want to see Vandersloot and Quigley play for any other team, but it might be out of his control. Not only is Quigley contemplating retirement, but Vandersloot will be getting plenty of free-agent interest, and again has said she will entertain it all.

If Quigley opts to return for another season and chooses to re-sign with the Sky, the team must consider a new role for her. Her experience makes her an asset on any roster, and her ability as a knockdown shooter from three-point range — despite her dip in production from 2021 to 2022 — is still lethal enough to keep defenses honest. But that isn’t necessarily enough to warrant the starting role she had last year, especially with the rise of Rebekah Gardner.

Wade told the Sun-Times last season that Gardner will be back with the Sky in 2023. She is a reserved free agent, meaning she only can negotiate with the Sky unless she’s released.

Beyond the Sky’s ”big three” of Parker, Vandersloot and Quigley, Azura Stevens and Emma Meesseman also will be unrestricted free agents and hit the market in January.

Copper already has her eyes on the entire pool of available free agents and has big plans to assist Wade in signing a championship-contending roster. Still, contingency plans are a must, especially for their ”big three.”