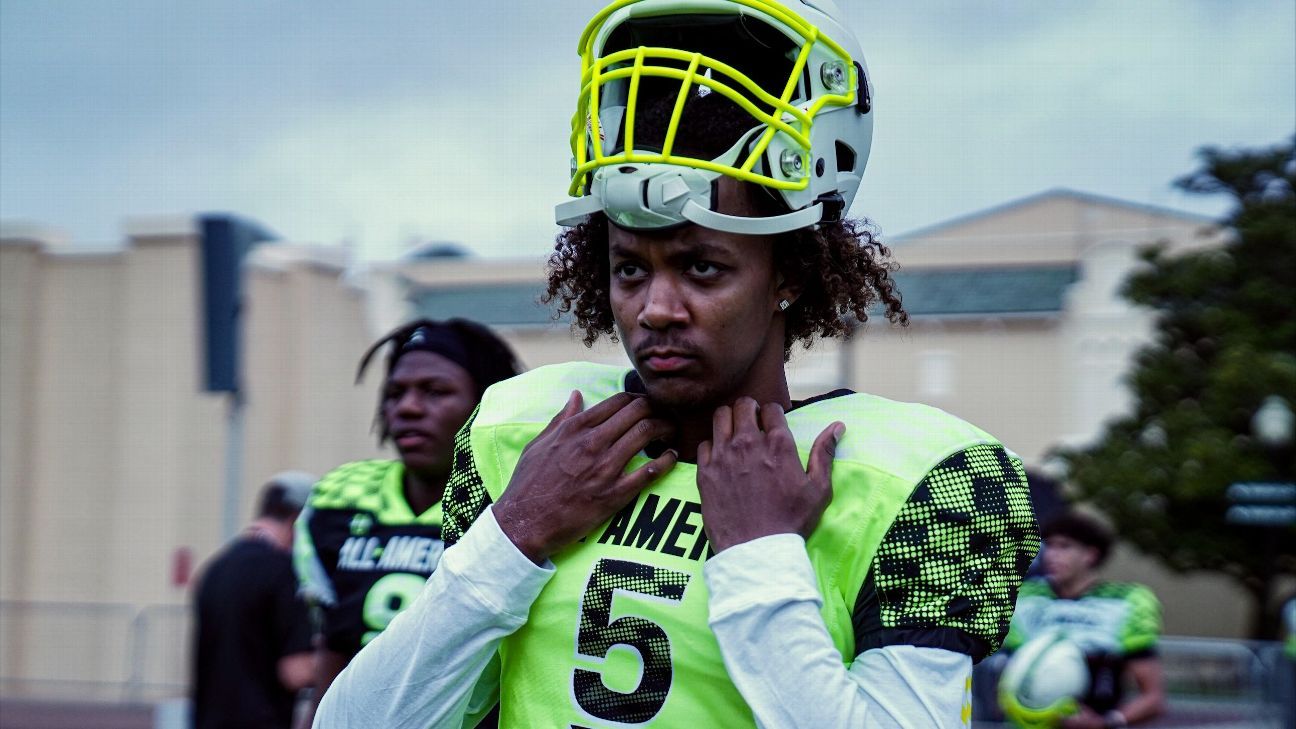 quarterback Jaden Rashada has been the talk of the recruiting world because of the scenario that has played out between him and Florida.

Rashada, the no. 27 recruit in the 2023 class, signed with Florida in December but is now reportedly asking for a release from his national letter of intent. It has been a wild few weeks with reports of multimillion-dollar NIL deals and promises that have ultimately fallen through.

Rashada’s situation — the QB is in limbo as he waits to see if Florida will release him from his letter of intent — is a product of the new college football landscape with the transfer portal and name, image and likeness opportunities for players.

What’s next for Rashada and Florida? And even more importantly, what does this high-profile case say about the state of NIL and where it’s going? Our reporters break it down.


How did we get here?

​​Rashada started picking up bigger offers in 2020, when he was a sophomore at IMG Academy. He received offers from Cal, Penn State, Arizona State and Auburn, among a few others.

He started his high school career at Brentwood (California) Liberty High School for his freshman season, then transferred to IMG Academy in Bradenton, Florida, and finished his high school career at Pittsburg High School in California. He racked up more offers his junior season and became one of the more sought-after quarterbacks in the 2023 class.

He took visits to schools around the country but committed to Miami in June 2022, choosing the Hurricanes over Florida, LSU, Ole Miss and Texas A&M at the time.

Florida had finished a close second the first time around, and Gators coaches continued recruiting Rashada, eventually getting him to flip in November, only a few months after he chose Miami.

A person familiar with the situation told the Associated Press that Florida’s Gator Collective had offered Rashada a $13 million NIL deal to sign with the Gators. Rashada signed with Florida during the early signing period in December and looked as though he was set to enroll in Gainesville.

However, he requested a release from his national letter of intent in January after it was reported the NIL deal had fallen through. Florida has not yet granted that release, but Rashada is prepared to sign with and play for another team in 2023 after signing with the Gators mere weeks ago. — Tom VanHaaren

What does this deal say about NIL, collectives, the NCAA and what comes next?

Collectives are officially unaffiliated with the schools they support. Florida, by rule, has no control over which athletes the Gator Collective signs to endorsement deals or how much money the group offers in those deals. In theory, collectives are booster groups that collect funds to pay athletes who are already attending the school they support. In practice, many of the more aggressive collectives have become outsourced payroll outfits that are used to unofficially entice players to attend their school.

Rashada’s situation at Florida is the first public, high-profile case of a collective reportedly failing to keep its promise to a player. It serves as an example of why the current business model for major college sports is less than ideal for all involved. If schools want to regain some control over the process, however, they either will need help from Congress or will need to get more directly involved in the now-established marketplace for acquiring the services of college athletes.

Schools have drawn a hard line in saying athletes will not be considered employees of their institutions. But several legal battles that could force the NCAA to change its rules have already begun. If any of the several attempts to shatter the NCAA’s current amateurism rules is successful — and the odds of that happening are steadily increasing — the top tier of college sports would be headed down a path where within the next few years the relationship between athletes and their schools will be more professional in nature. — Dan Murphy

How good is Rashada as a player?

From a skill set and measurables standpoint, Rashada is very similar to LSU’s Jayden Daniels when he first signed out of high school with Arizona State. Rashada has a high ceiling for physical development as he continues to grow and add strength, which will enhance his already impressive abilities as a passer. He can change arm angles, throw off platform and is very good on the move. However, he also has the ability to push the ball downfield from the pocket. Rashada is physically capable of contributing early, but that would depend on where he signs and the help and talent around him. Playing as a true freshman, particularly at quarterback, is a challenging learning curve. If it were easy, far more guys would be successful doing it. — Tom Luginbill

What’s next for Rashada?

This is an interesting situation now for Rashada, because the early signing period is over and the initial transfer portal window is closed. Most coaches have filled the majority of their roster spots.

The quarterback position is so unique that coaches are essentially constructing a puzzle each season to try to keep depth at an optimal position. If they have already brought in quarterbacks this offseason, they could disrupt that quarterback room by bringing in another player so late.

The good thing for Rashada is that he is a top-50 prospect, and quarterbacks are difficult to come by, so there will be options.

If Rashada is looking for a large NIL deal, it could shrink the number of schools involved. But Arizona State would make sense. Rashada’s father, Harlen, played for the Sun Devils in the 1990s.

New coach Kenny Dillingham doesn’t have a quarterback signed in the 2023 class, and it would be close to home for Rashada. Washington is another West Coast school that could get involved, as could Cal, which offered him initially in his recruitment.

This all assumes, though, that Florida releases Rashada from his national letter of intent. That has to happen first before he can attend another school. Once he is released, he will be free to enroll without penalty.

If Florida doesn’t release him, Rashada would have to transfer. Because the transfer portal window closed on Jan 18, he would need to wait until the spring transfer window (May 1-15) or sit out one year. — VanHaaren

What does this mean for Florida and Billy Napier?

Without question, this stings for both Florida and Napier — perhaps more so because he was hired, in part, for his recruiting prowess and absolutely had to have a quarterback in his first full class. When he got Rashada to flip from Miami in November, it was considered a huge win and helped ease some concerns about how well Napier and Florida were doing on the recruiting trail. But now, those concerns have returned. While it is true Napier is not involved with the Gator Collective, it is also true that both Napier and Florida have had to deal with the negative headlines and all the fallout. This will be easy fodder for any opposing coach to use against the Gators.

Given the broader context around Florida, this is especially problematic. With SEC rival Georgia winning a second consecutive national championship and continuing to recruit at a top-three level, the pressure is only mounting on Napier and the Florida program to show they are taking the necessary steps to be competitive with the Bulldogs again. Since Kirby Smart took over in 2016, Georgia has won five of their seven rivalry games. All but one was a double-digit victory.

Meanwhile, the questions at quarterback have grown. With Anthony Richardson Gone to the NFL draft, the Gators are now left with Jack Miller — who did not play well in the 30-3 loss to Oregon State in the Las Vegas Bowl — Wisconsin transfer Graham Mertz other Max Brown, who just finished his freshman season. At this point, all the elite high school talent is spoken for, so perhaps Napier will have to dip again into the transfer portal to fill out the quarterback room. But no matter what he does, questions about what could have been with Rashada will continue to linger. — Andrea Adelson