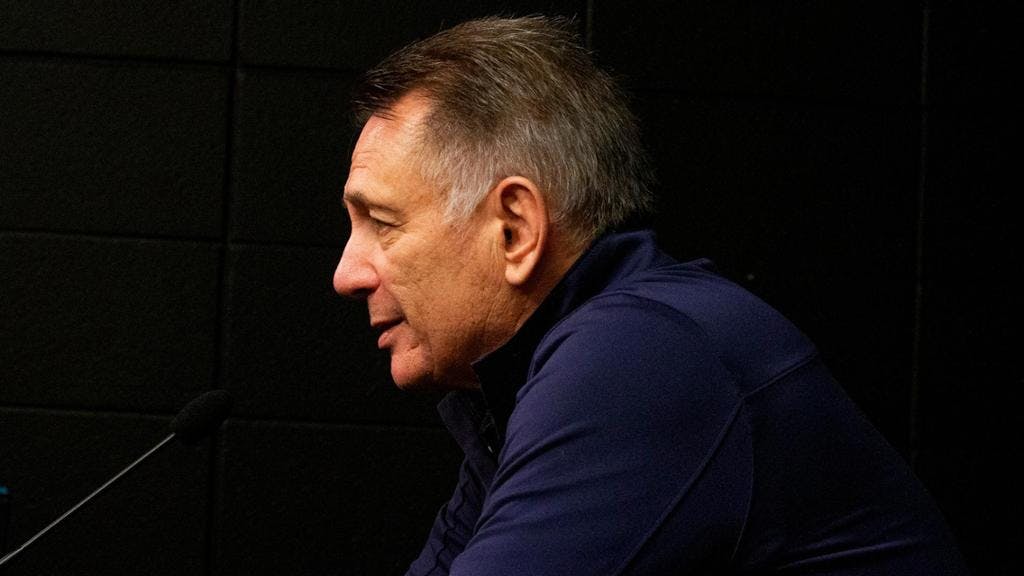 The Edmonton Oilers have been one of the more disappointing teams in the league to start the year.

They’ve stumbled out of the gates with a 10-10 record and aren’t looking like the dominant team that stalled out in the Conference Finals last season.

Now, Daily Faceoff’s Frank Seravalli said pressure is mounting in Edmonton, and Ken Holland is on the clock to make this team better.

“I think they were thinking maybe a few weeks ago that they could bid their time and get in. But I was actually making a few calls this morning with the Oilers being out here on the east coast to just really get a sense of what’s the temperature, and it’s ratcheting up.

“I think it was high a few weeks ago before the Kane injury. I thought a win in Tampa really cooled things off, but they’re in a spot now — 10-10-0 — they’ve got some work to do. They’re like 10th place in the west. They’re on the outside looking in.

“I think everyone has recognized as they hit the quarter make of their season, that they’re still a pretty flawed roster. You look at their bottom-six forwards and they’re very one-dimensional. They don’t get a lot out of them, and if they’re not scoring — which they haven’t to this point — they’re not difficult to play against, they’re not defensively conscious. They’re not a lot of things.

“You look at their backend and people point to Evan Bouchard struggling and mishandling pucks and confidence being an issue. I think the underlying numbers would suggest he’s been better than that, but what about Jack Campbell in net? They got a $25-million investment on the ice, which seems to be lost in the woods, to quote my friend Ilya Bryzgalov.

“They’re in a spot where I think Ken Holland is on the clock. They need to make some moves to get this team going in the right direction. I don’t know what the answer is. I think they were a team that was interested in Ryan Reaves. They need a little bit of toughness, and I’m not talking Reaves fighting and throwing down the gloves. It’s more from a ‘be hard to play against perspective. It’s not just brown and muscle, they need some juice and they don’t have it. They’re going to be in a spot where they’re going to have to figure it out now and they’re getting close because for a team that went to the Conference final last year, for a team with Connor McDavid and Leon Draisaitl having all-world seasons once again, missing the playoffs is just not an option.” — Halford & Brough in the Morning, Sportsnet 650

An NHL legend has left us.

Borje Salming, at the age of 71, has passed away, the Toronto Maple Leafs announced in a statement. Suitably nicknamed ‘The King,’ Salming was one of the NHL’s first star players to come out of Europe.

“The Toronto Maple Leafs mourn the loss of Börje Salming,” Leafs president Brendan Shanahan said in a statement. “Börje was a pioneer of the game and an icon with an unbreakable spirit and unquestioned toughness. He helped open the door for Europeans in the NHL and defined himself through his play on the ice and through his contributions to the community. Börje joined the Maple Leafs 50 years ago and will forever be a part of our hockey family. We extend our deepest condolences to his wife, Pia, his children Theresa, Anders, Rasmus, Bianca, Lisa and Sara and brother Stieg.”

The Leafs honored Salming during the annual Hockey Hall of Fame game on Nov. 11, and again the next evening.

Of all Red Wings teams to put a streak like this together…who would’ve guessed it was the decidedly forgettable 2011-12 squad? They finished third in their own division and bombed out in Round 1 of the playoffs. Yet this team, led by Pavel Datsyuk, Henrik Zetterberg and Nicklas Lidstrom in his final season, was a force at Joe Louis Arena.

No other team has even won 20 straight at home since the 1975-76 Philadelphia Flyers, so 23 is quite the mark. And yet…the Colorado Avalanche won 18 straight at home last season, while the Boston Bruins have won 11 in a row during their active home winning streak this season. It doesn’t feel completely impossible to win 24 straight at home.

Another Habs record, which you’ll see below, gets more glory, but Montreal reaching 10 Finals in a row gets overlooked. No other team in NHL history has more than five straight trips to the Final! Spending an entire decade in the final reflects their dynastic dominance and the fact they had a strangehold on recruiting Quebec-based prospects, but it also reflects the fact they played in a six-team league at the time. If you finished fourth place out of six teams and won a single playoff series, boom, you made it the Stanley Cup Final. This record will never be beaten, period. It was just far easier to accomplish when it happened.

The Isles won four straight cups and reached the 1984 final in their bid for a fifth straight. Their record trumps Montreal’s five straight championships, of course, because you only needed to win two series a year during the Original Six days. The Habs won “only” 10 playoff series during their five-year championship dynasty. The Isles almost doubled that streak. And did so playing in a 21-team field.

The Isles’ 19 straight series victories stand alone as hockey’s greatest team streak – and one of the greatest streaks in pro sports history.

Zach Laing is the Nation Network’s news director and senior columnist. He can be followed on Twitter at @zjlaingor reached by email at [email protected]