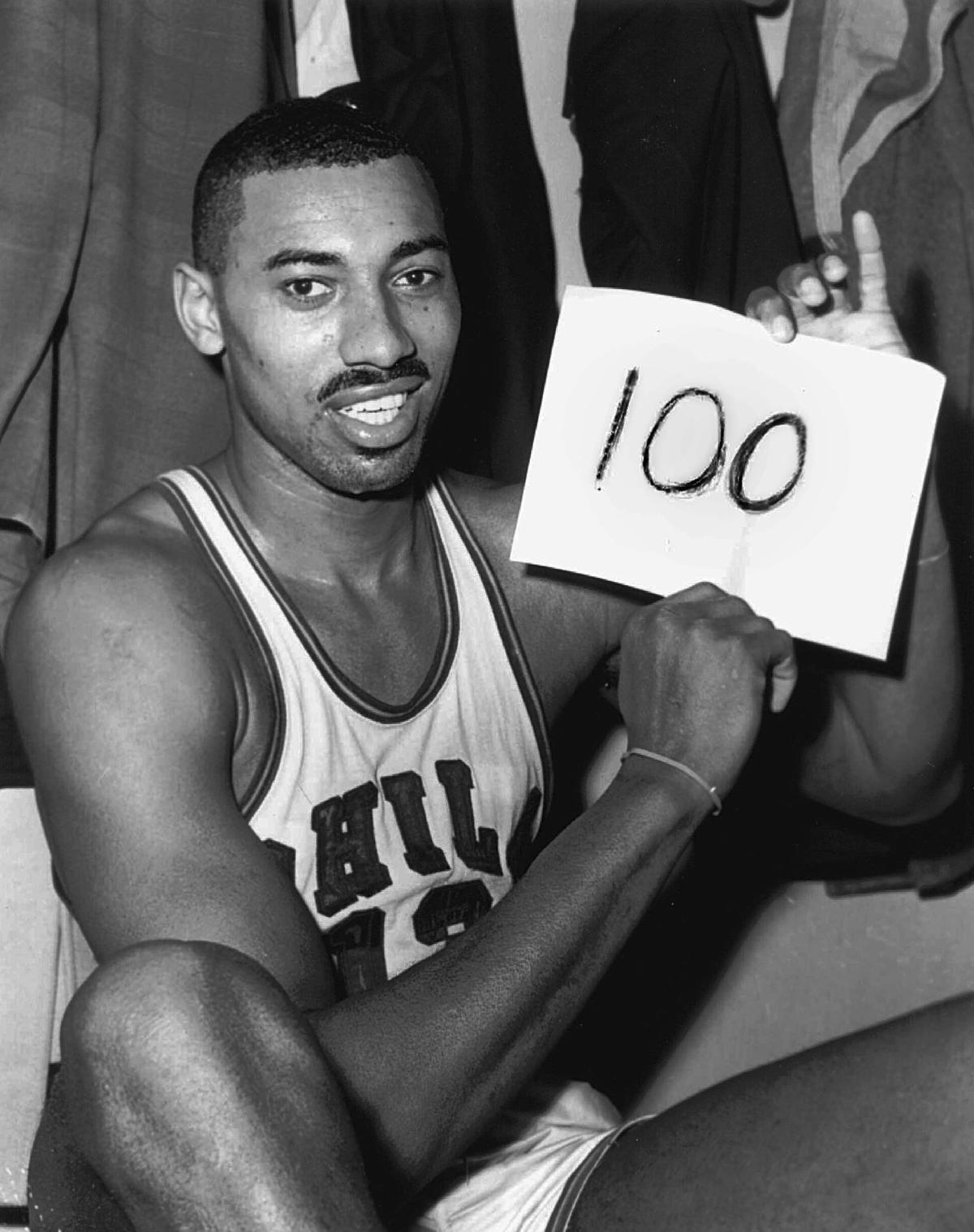 Wilt Chamberlain’s single game scoring record. A perfect shooting percentage. And the rule seemed pretty much to be that if a team scored 100 points in a game, it probably was going to walk off the floor as a winner.

Put simply, 100 doesn’t guarantee anything. Teams with at least 100 points are losing 45% of their games so far this season, the highest such rate in more than 50 years and nearly 10% higher than the league’s all-time average.

Orlando is 4-16 when scoring 100 points. Detroit is 6-14 in those games. Houston is 7-15. It’s just not enough to win in this NBA era, where defense might seem optional — teams insist that isn’t the case — and 20-point scorers appear to be everywhere.

Really. They’re everywhere. Right now, there are nearly 50 NBA players on pace to average 20 points this season. A decade ago, only 11 players finished the season with such an average. There will, without question, be more 20-point-per-game guys not getting picked for the All-Star Game this year than ever before, simply because there aren’t anywhere near enough roster spots in that game to accommodate them all.

“We’ve got a lot of threats out there to shoot the ball,” said Brooklyn’s Kevin Durant, whose current average of 29.9 points per game ranks seventh in the league this season — yet is more than he averaged in two of the four seasons in which he won the league’s scoring title. “So that keeps defenses on their heels.”

He was speaking of the Nets when he said that, though he could have just as easily been talking about the whole league.

Not since 1969-70 has the NBA seen a season where teams are averaging this many points per game. The league average this season is 113 points per contest; that’s up 13 points from eight seasons ago and up almost 17 points from 11 seasons ago. Much of that has to do with the league’s ongoing reliance on the 3-pointer — a record number of those (30,598) were made last season and this season is on pace for a similar total in that department.

Magic coach Jamahl Mosley says his definition of a good defensive game in this NBA is simple: holding an opponent to 107 or 108 points tends to make him happy.

“That’s the crazy part about it,” Mosley said. “You say you’re scoring enough to get where you need to be, but then defensively, if you’re giving up the 120’s and the 115’s, that’s where it becomes tough. That’s two or three less turnovers, that’s one more rebound, that’s knocking down one more shot, that’s taking away one more 3. You talk about the small gains and the small things you can do to help your defense get better, those are the pieces .”

This may be the best and simplest example of how the game has changed. In the 2014-15 season, the Los Angeles Clippers averaged 106.9 points per game, which was second-best in the NBA.

This season, the Clippers are averaging 107.2 per game. That’s last in the league.

“I think one of our team’s greatest challenges right now is just being consistent on both ends of the floor, especially the defense,” Denver coach Michael Malone said.

Every coach in the league could, and probably has, offered a similar assessment. The game just keeps changing and what used to be normal just isn’t anymore.

Going into this week, more than half of the league’s teams — 16 of the 30 — are on pace to have one of the six highest-scoring seasons in their history. Of the first 351 games played this season, there have been only 10 instances of a team scoring less than 100 points and still winning. Last year, it happened about three times as frequently as it has this season.

Some of the stats out there right now when it comes to scoring are just wacky. Minnesota was 20-0 last season when scoring 126 points; the Timberwolves are 4-3 in those games this season. Miami scored 121 points in regulation and lost a game at Boston last week; the Heat had been 64-6 under coach Erik Spoelstra in such games.

And then there was Nov. 13, when the New York Knicks did something truly historic.

They lost to the Philadelphia Warriors that night, 169-147.

That was the game where Wilt scored 100.

Tim Reynolds is a national basketball writer for The Associated Press. Write to him at treynolds(at)ap.org