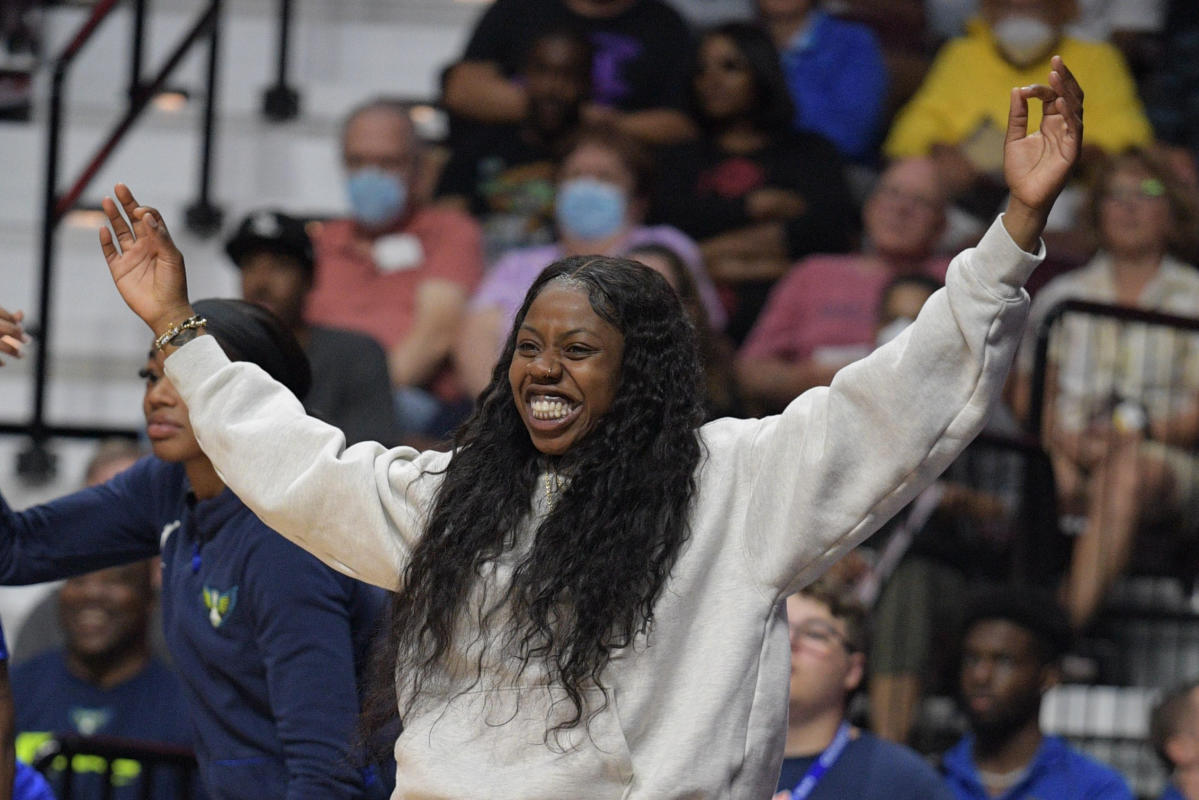 Noelle Quinn’s heart was full as she rode away from the airport. The Seattle Storm head coach had read about Senegal, heard about it, learned about it. But until this month, she had never visited the West African country or anywhere else on the continent.

“To actually be in the place is very surreal,” Quinn said. “But also to be here with a purpose. To help, to serve. I think that is what I like best about this trip. And it is in an amazing place.”

The camp helps increase girls’ access to high-level basketball, fuels the sport in Africa and grows the WNBA’s footprint on the continent. This month’s camp was the first in Senegal since November 2019 and showcased for prospects the bridge from their dreams of pro basketball to living it.

They could easily see themselves in two of their coaches for the week. Astou Ndiaye, of Kaolack, Senegal, won the 2003 WNBA title with the Detroit Shock. Hamchétou Maïga-Ba, a native of Bamako, Mali, won the 2005 title with the Sacramento Monarchs. They could also relate directly to Ogunbowale, whose father, Gregory, grew up in Lagos and emigrated from Nigeria.

Ogunbowale’s family visited Africa before she was born and since the 2021 All-Star MVP had time on a break from overseas play, joining the camp was a “no-brainer.”

“It’s special for them [the players],” Ogunbowale told Yahoo Sports. “Obviously, they watch the WNBA. They know a lot of the players there are American. But seeing somebody like me who has ties to Nigeria and Africa, coming from where they’re from and making it to the big stage, they think they can do it, too. It looks more real when it’s more attainable.”

It was the first camp in Africa for Rogers, who took the job in June 2021 a few years after the NBA launched the women’s program in March 2018. She won three championships with the Minnesota Lynx and played her final WNBA season in 2016 with the Storm alongside Quinn.

“The continent of Africa has a lot of talent in basketball and we feel that it’s the NBA Academy program’s mission to help develop that talent,” Rogers said. “Whenever you create a development opportunity for whomever that might be, wherever that might be, it’s beneficial.”

Quinn said it’s important the young players are able to “attach a dream with a person.” After opening ceremonies where players can ask questions and share why they’re at camp and what they’re excited about, they get into drills, instruction, life and leadership skills, and most crucially the feedback from the people who have made it.

“This is what it’s about,” Quinn told Yahoo Sports. “To have a dream come true because we were here and had an opportunity to touch them in person. It’s different to watch it on TV or read about it, but to have actual players [and] coaches who have walked the path that these young women want to walk, it’s deeper.”

The select few players at the camp create a web of further development in Africa via on- and off-the-court lessons. The belief they can make it in the basketball world, whether it be playing or otherwise, permeates their social circles. As do the drills, skills and tips they learned and can take back to their own coaches, teammates and families.

“There’s a lot of raw talent here,” Ogunbowale said. “This hasn’t been around that long so more things like this where they’re able to learn from the professionals and be in that space, they can easily develop. The talent is there and it just needs more attention, especially with these types of things.”

Since 2018, more than 35 NBA Academy Women’s Camp participants have committed to or attended NCAA Division I schools, the WNBA said. They include UConn stars Nika Mühl (Croatia) and Aaliyah Edwards (Canada), South Carolina forward Kamilla Cardoso (Brazil) and Virginia Tech guard Georgia Amoore (Australia). Three have signed professional contracts, including Han Xu, the first Academy athlete to be drafted into the NBA or WNBA when the New York Liberty took her at No. 14 in 2019.

Eight former Africa camp participants have gone on to US colleges, the WNBA said. Egypt’s Jana Elalfy, whose father coaches the country’s women’s national team, is committed to play at UConn next fall. And more from the latest group are likely to follow that path. Rogers said she puts out a survey afterwards to see if players have interest and if they are (which is often the case, Rogers said) connections are utilized to help make it a reality . Some players are invited to camps on US soil, such as the inaugural Women’s NBA Academy Games held in Atlanta in July.

Quinn said the bigger goal was being able to give back, to teach and to learn from the legends in the same gym. As a WNBA coach, she also becomes a connective tissue to African talent playing in the US She has now seen young athletes early and with her own eyes, and in turn can give first-hand accounts to college coaches about what a player will bring. Having been there also makes it easier to stay invested through their careers and to a potential WNBA draft night.

“Hopefully, in the future, [it will] bridge this gap where WNBA coaches [and] players are consistently coming and getting knowledge,” Quinn said.

Ogunbowale and Quinn each said they were impressed with the talent, noting the energy level, focus, passion and camaraderie were all high. They were able to see a glimpse of Africa in trips with the camp, but each had to leave immediately afterwards. Ogunbowale said if her schedule permits, she would definitely go back for a camp.

Quinn guaranteed it won’t be her last visit to Africa and called the week “life-changing” and an honor to be involved.

“What better place,” she said, “to give back to the game than a place like Africa where there are people who look like me playing.”