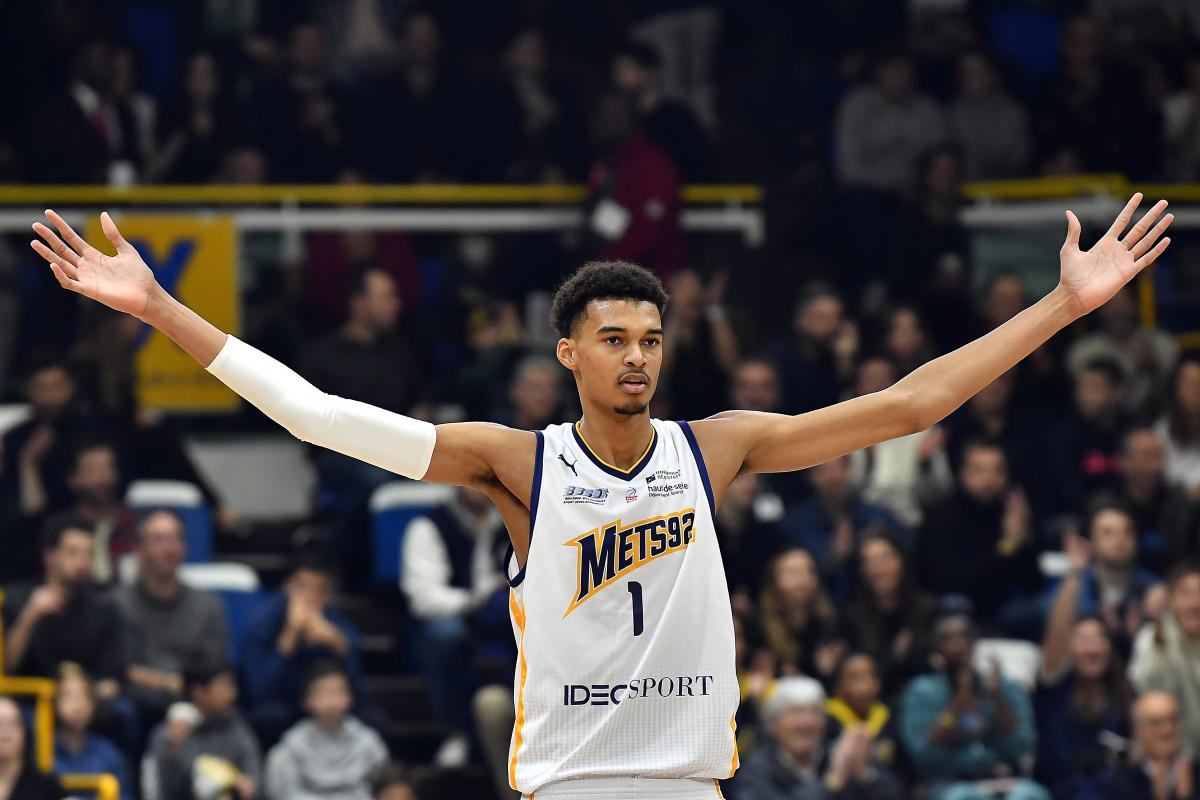 the Boston Celtics (19-5) are atop the Eastern Conference, while the Phoenix Suns (16-7) have the best record right now in the Western Conference. This season there will be more eyes on what teams are the worst in the NBA with the loaded draft class entering the league in Juneled by generational talent Victor Wembanyama.

It’s still a long NBA season and plenty can happen, but whether it’s through a rebuild process with a young team, injuries or off-loading franchise talent this past summer, there are a handful of teams already in a good position to land a 14% chance of getting the no. 1 pick on draft lottery night on May 16.

As the race to the bottom starts, Yahoo Sports takes a look at seven teams that could land Wembanyama next June and how they started the season.

The Magic are in rebuild mode. They had the no. 1 pick in the 2022 draft, picking former Duke forward Paolo Banchero. The year before, they added point guard Jalen Suggs with the no. 5 pick and wing Franz Wagner at No. 8. They haven’t had a winning season since 2018-19.

The Magic might not be winning a lot of games, but they are a fun team to watch with a starting lineup of 7-foot-2 Bol Bol6-11 Mo Wagner, 6-10 Banchero, 6-10 Franz Wagner and 6-4 Markelle Fultz. Possibly adding 7-4 Wembanyama to this young team would be a dream scenario. The size and length would be unmatched in the Eastern Conference.

The Pistons are rebuilding around 2021 No. 1 pick Cade Cunningham and added a talented guard to play alongside him in the backcourt with the No. 5 pick the 2022 draft, Jaden Ivey. Unfortunately, Cunningham has been sidelined with a Shin injury and may undergo surgery this season.

“It’s up to the medical group and to Cade and whatever is best for his health,” head coach Dwane Casey said. “I’m all for it. Whatever he decides to do, I’m 100% behind him.”

The Pistons are 3-7 in the last 10 games and won only three games in November. If Cunningham decides to have surgery and sit out remainder of the season, it could keep the Pistons in a good spot to land Wembanyama. The Pistons haven’t advanced past the first round of the playoffs since the 2007-08 season and have only made the playoffs twice in the last 10 years.

The Spurs made some offseason moves to be in a good position to land Wembanyama. The organization went into rebuild mode when they traded All-Star guard Dejounte Murray to the Atlanta Hawks and added Jeremy SochanMalaki Branham and Blake Wesley, all just 19 years old, in the 2022 draft.

The young Spurs team had a fiery start to the season, going 5-2, but have since cooled off. San Antonio has won only one out of the last 12 games and the injury-depleted Spurs are even without head coach Gregg Popovich, who is recovering from a minor medical procedure. Sochan (quad), Wesley (knee), Doug McDermott (ankle), Romeo Langford (ankle), Jacob Poeltl (knee) and Josh Richardson (ankle) are all currently out for the Spurs.

The Spurs have always been known as an organization that does a great job developing young talent and having the Hall of Famer Popovich coach and guide Wembanyama as he enters the league would be worth the painful season of many losses leading into the 2023 NBA draft.

This is the Rockets’ third season rebuilding after trading Russell Westbrook in 2019 and then James Harden in 2021. Unlike the Spurs and Thunder that are plagued with injuries, the Rockets have only one player sidelined, wing Jae’Sean Tate.

The Rockets have a lot of young talent with Jalen Green other Kevin Porter Jr leading team in scoring. Houston is lacking in size and experience in the frontcourt with rookie Jabari Smith Jr. and second-year center Alperen Sengun and would love to add Wembanyama to this young core next season, potentially turning the franchise around.

The Hornets are the dark horse in the race to the bottom and are still without star point guard LaMelo Ballwho re-injured his ankle after stepping on a fan’s foot on Nov. 16. Gordon Hayward is also out indefinitely after sustaining a fractured shoulderaveraging 15.9 points and 3.6 assists last season.

Charlotte finished over .500 last season for the first time since 2015-16 and appeared to be turning a corner. The Hornets started the season with a string of injuries and currently have five players sidelined: Ball (ankle), Hayward (shoulder), Dennis Smith Jr. (ankle), Mark Williams (ankle) and Cody Martin (knee).

General manager Sam Presti knew what he was doing when he executed 14 trades in the 2019-20 season and off-loaded star players, amassing 38 draft picks for the next seven years. In the past two drafts, the Thunder have added Josh Giddey, Alexei Pokusevski, Tre man, Jeremiah Robinson-Earl, Chet HolmgrenJalen Williams and Jaylin Williams to build around Shai Gilgeous-Alexander and Lu There.

The Thunder were looking forward to turning a corner after winning only a combined 46 games the previous two seasons, but bad news came in the offseason when the No. 2 pick Holmgren sustained a season-ending foot injury during a pro-am game in Seattle. OKC fans are forced to be patient one more year in the hopes of landing another talented prospect projected at the top of the draft.

Wembanyama and Holmgren went head-to-head in July 2021 during the FIBA ​​Under-19 World Cup. Homgren and Team USA came out with the win, but Wembanyama was the best prospect on the court, finishing with 22 points, eight rebounds and eight blocks. Adding Wembanyama in the frontcourt with 7-1 Holmgren and 7-foot Pokusevski would be the final piece of rebuild puzzle for the Thunder.

The Pelicans are in a unique situation this season and it doesn’t matter what their record is or if they make the playoffs. Pelicans fans will be more tuned in to the Los Angeles Lakers‘Record heading into the draft with their pick going to New Orleans, thanks to the Anthony Davis trade. The Lakers started the season as one of the worst teams in the league but have struggled together a nice set of games, winning eight out of the last 10 outings. If the draft lottery were today, the Pelicans would have a 6% chance at landing Wembanyama, according to Tankathon. The more games the Lakers lose, the closer the Pelicans are to adding a ridiculously skilled Wembanyama alongside the 2019 No. 1 pick, Zion Williamson.