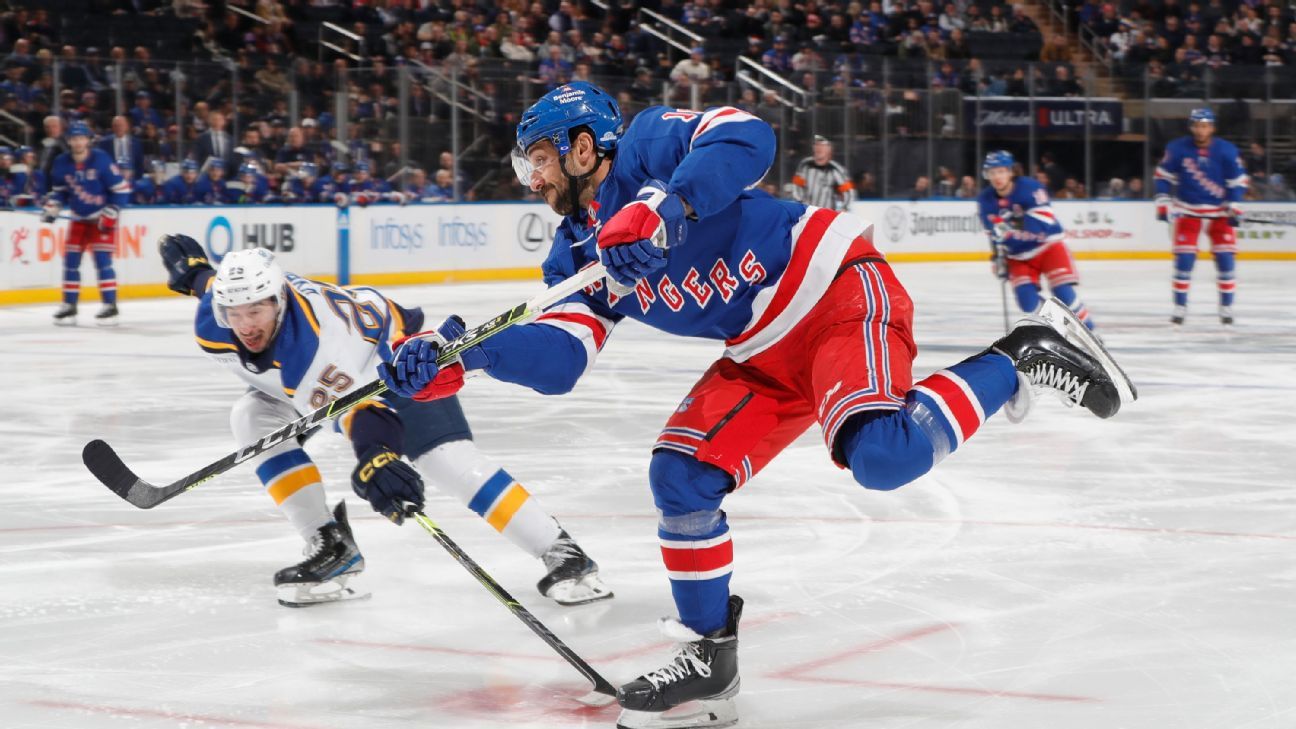 Quarters of an inch. That’s all that separates a loud ring off a post from a pause for celebration.

The NHL tracks how many times a player hits a post or a crossbar only to see the puck deflect out of the net, instead of into it.

I think it’s fair to call the minuscule movement that would be required to divert the puck into the net a matter of luck. With that premise established, let’s dive into the NHL season so far in an alternate dimension where players that hit metal actually found mesh.

To be clear, this is a look at how many fantasy points a player has now, compared to how many they would have if all their posts and crossbars went in.

You can look at this as a way to say, this player is doing something right and, with a little more luck on their side, might improve their value in fantasy going forward. Included after their name is their actual current fantasy rank among skaters, what their rank would be if all those bars were goals and how many times they’ve hit the post. We are focusing on how much the ranking would change rather than the gain in fantasy points alone, as it presents a more relative picture. Besides, do you need to hear that in this alternate universe Connor McDavid has eight more goals and still leads the NHL in fantasy points by a wide margin?

And don’t lose sight of the fact that they could be ranked even higher, as this doesn’t take into account if some of those goals were another 0.5 fantasy points for being on special teams. Stats were clipped after Sunday’s games (Dec. 18).

Choose your league size, customize the scoring and set the rules you want to follow in order to create the fantasy hockey league you want to play in

Create your custom league for free!

Alex OvechkinW, Washington Capitals (current rank: nine; alternate universe rank: four; posts: eight): With eight pipes this season in our universe, Ovechkin leaps into the top five for fantasy production in this other universe with forgiving nets. He was a little slow out of the gate and still lags a bit behind others on a per-game basis since the Capitals have played the most games, but Ovechkin is heating up just in time. Why? Reinforcements are on the way. Tom Wilson is ramping up for a potential return later this month (the Caps best line last season was Ovechkin, Wilson and Evgeny Kuznetsov), while Nicklas Backstrom is now eyeing a return, potentially in January.

Kyle ConnorW, Winnipeg Jets (37; 16; eight): I like this other universe. Doesn’t Connor at No. 16 in fantasy scoring feel a lot more like what you expected before the season? After potting 47 goals in his age-25 season this year had the potential to be his peak. Connor has been better this season when paired with Pierre Luc Dubois rather than Mark Scheifele, but the Jets continue to absorb injuries to their top six. Still, seeing these eight posts from Connor does help make him still feel like a buy-low candidate despite ranking inside the top 40 already.

William NylanderW, Toronto Maple Leafs (35; 20; seven): This is also a big, significant jump in rankings as Nylander has clanged iron seven times this season. Now locked in with Auston Matthews on the Leafs top line, the line has pushed into the top 10 in the NHL for goals per 60 minutes at five-on-five (4.72, per MoneyPuck). But there is more we could see from Matthews helping drive Nylander at five-on-five after his line notched 6.6 goals per 60 last season.

Vincent TrocheckC, New York Rangers (61; 26; nine): Well, well, well. If this isn’t a pleasant surprise in this alternate universe to see Trocheck almost cracking the top 25 skaters for fantasy. No one has clanged iron more than Vinny here. This isn’t as much as a shock as you might think, as the Rangers as individuals and lines are all over the analytical leaderboards for expected this and possession that. I do believe the Rangers have not had luck on their side this campaign and in this alternate universe they are much higher in the standings. Sure enough, a quick calculation shows no team has hit more posts than the Rangers this season (38). trocheck, Artemi Panarin and even a Chris Kreider with regression from 52 goals baked in, all feel like solid acquisitions if their price has come down from draft day.

Elias PetterssonC/W, Vancouver Canucks (18; 13; seven): The catalyst of the Canucks (consecutive 5-1 losses with him sick last couple days) is doing even more in our alternate universe, moving just outside the top 13 skaters and presenting an argument as a first- round fantasy choice in coming years. The jump from 14 to 21 goals is big for Pettersson in this universe considering 32 is his career high.

Joel Ericsson EkC, Minnesota Wild (78; 56; four): Still only rostered in 77.6% of ESPN leagues in our universe, you just know Eriksson Ek is, er, universally rostered in the alternate dimension with forgiving pipes. He jumps just outside the top 50 skaters thanks to four times he’s gone off the post this season. playing with Marcus Foligno other Jordan Greenway as a dangerous/energy line, Eriksson Ek also gets to join the power play with the big guns.

Patrick KaneW, Chicago Blackhawks (198; 139; five): I mean, we wouldn’t be happy with Kane ranking No. 139 among skaters in fantasy scoring, but it’s admittedly better than the No. 198 ranking he does have in our universe. Honestly, a trade can’t come soon enough when it comes to those who view the league through a fantasy lens. We have tanking in dynasty fantasy leagues, too, so I’m not unsympathetic to what the Blackhawks are doing. But it’s about as much fun in the NHL as it is in fantasy when you know you’re playing for next season.

Tyler ToffoliW, Calgary Flames (137; 86; six): That’s where all those goals went! The Flames top line coming into the season looked fantastic on paper and Toffoli was a target in fantasy given both his new role with Elias Lindholm other Jonathan Huberdeau, as well as scoring he did in the pandemic season. But as a line, somehow this trio has only managed three goals at five-on-five. Just imagine if all six of Toffoli’s posts were at five-on-five (plus maybe some of the four from Lindholm and Huberdeau?). It’s tough to get behind Toffoli as a buy-low though, as the Flames are tweaking and tinkering lines on a weekly basis still looking for that explosive trio.

Cole CaufieldW, Montreal Canadiens (current rank: 84; alternate universe rank: 59; posts: four): In another universe, we are seeing exactly how big a deal Caufield is going to be when the Habs come out the other side of this rebuild-on-the- fly.

Troy TerryW, Anaheim Ducks (101; 78; four): It’s only four posts, but in a season like the Ducks are having, we sure wish Terry had four more goals.

Pavel BuchnevichW, St Louis Blues (188; 160; three): If I ran these stats on a per-minute basis, Buchnevich might jump to the top of the list because he’s missed nine of the team’s 32 games. Great trade target.

Reilly SmithW, Vegas Golden Knights (89; 61; four): Another potential target to keep up the production, which didn’t come out until Jack Acorn what shelved.

Johnny GaudreauW, Columbus Blue Jackets (106; 82; four): With BooneJenner now sidelined, there is cause for concern for Gaudreau. That said, maybe one of the rookies can hit on the opportunity.