The NFL is down to four. Three of last year’s final four teams are returning to championship weekend, as the Chiefs, Bengals, and 49ers look to turn another deep run into a championship. The only team missing from last season is the defending champion Rams. In their place, the Eagles will host the 49ers with … Read more

Five seasons ago, the Eagles topped the Patriots for the franchise’s first Super Bowl title after a breakout season from a young quarterback, behind a brash coach in his second season in Philadelphia, with a top-5 offense and defense that defended the conference’s No. 1 seed. As the franchise stands on the precipice of another … Read more

Nick Bosa is a game wrecker. the San Francisco 49ers‘ 6-foot-4, 267-pound defensive end is the front runner for the NFL Defensive Player of the Year after leading the league during the regular season with 18.5 sacks, and 21 tackles for losses. But something has happened during the postseason that hopefully the Eagles will continue … Read more

SANTA CLARA, Calif. (AP) — Chris Foerster had spent nearly two decades as an assistant in the NFL when he first crossed paths with Kyle Shanahan long before he became one of the NFL’s most-accomplished play-callers. Shanahan was in his third year as an offensive coordinator in the NFL when Foerster joined head coach Mike … Read more

It had to be the Kansas City Chiefs. It had to be. The vibe going into last year’s AFC Championship was one of excitement and wonder. Could the Cincinnati Bengals pull off an upset as seven-point underdogs with an embattled offensive line in a venue that is nearly impossible to win at? They did. And … Read more

The San Francisco 49ers will look to punch tickets to the eighth Super Bowl in franchise history when they face off with the Philadelphia Eagles. The teams will face off in the NFC Championship Game on Sunday afternoon at Lincoln Financial Field in the City of Brotherly Love. San Francisco entered the playoffs as the … Read more 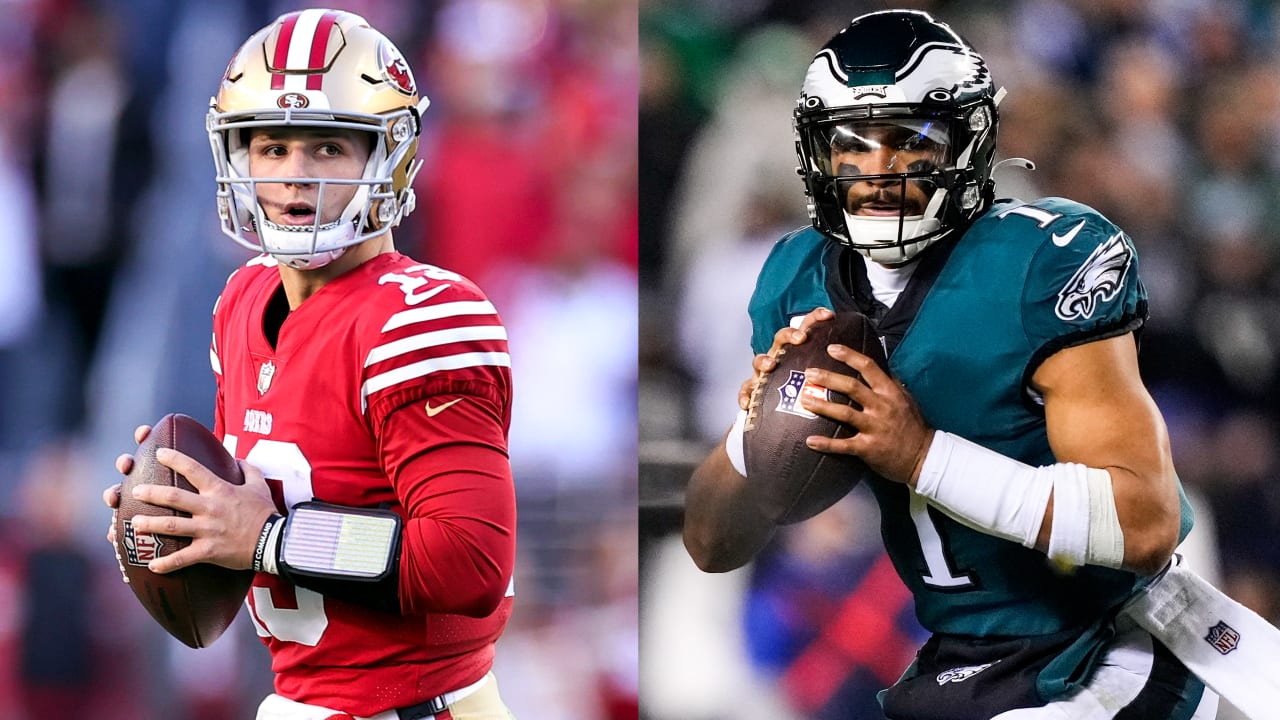 Jalen Hurts. Brock Purdy. MVP candidate versus unlikely Rookie of the Year contender. That’s how this game has been presented this week, but it’s so much more than that. It isn’t often that a pair of such well-balanced teams like these two end up meeting in the conference championship. Usually, one or both squads possess … Read more

The Jets are in the market for a quarterback… again. This is the third and final part in a series exploring their options this offseason. The third part looks at some of the less likely options. The Jets are expected to swing for the fences in their pursuit of a new quarterback, but if they … Read more

One of the Los Angeles Rams biggest takeaways from a disappointing 2022 season should be whether or not the team can be competitive, going forward, if Matthew Stafford is shelved for multiple games. And who should step up in his stead, a known quantity veteran or a draft and groom rookie? While Stafford has a … Read more