The Vancouver Canucks have been the third-worst team in the NHL on home ice this season.

The Vancouver Canucks have had the fifth-best attendance in the NHL this season.

According to the reported attendance, the Canucks average 18,561 fans per game at Rogers Arena — short of capacity, but still fifth in the NHL behind the Montreal Canadiens, Tampa Bay Lightning, Toronto Maple Leafs, and Washington Capitals.

Now, that’s the reported attendance, not the actual attendance. There are far too many empty seats in Rogers Arena every game for there to actually be 18,561 fans in the building, but someone is still buying the tickets, even if they’re not being used.

At this point, fans have to start wondering if it’s worth it. After losing to the St. Louis Blues on Monday night, the Canucks have a 5-9-1 record on home ice. That’s the third-worst points percentage on home ice in the entire NHL, ahead of only the Chicago Blackhawks and San Jose Sharks.

At what point is it no longer worth it to go to a Canucks game? The odds are very good that you’re going to have a bad time.

Right now, the Canucks are not providing a lot of value for the ticket price. But, if fans are still paying that price, it doesn’t exactly provide a lot of incentive for the organization to make changes.

But how long will that continue? Most of the Canucks games on home ice this season have been, frankly, very unpleasant to watch. It’s not surprising that they’ve led to fans booing, throwing jerseys, and even chanting “Sell the team,” as they did briefly during this game.

“Terrible,” said Luke Schenn bluntly. “I don’t really know how else to describe it. When you play in your home rink — obviously you want to go out and win every game, I don’t know if the expectation is to win every game, but at least you’ve got to play the right way and compete for a full 60 mins. We beat ourselves most of the time.”

I cursed the day God gave me eyes when I watched this game. 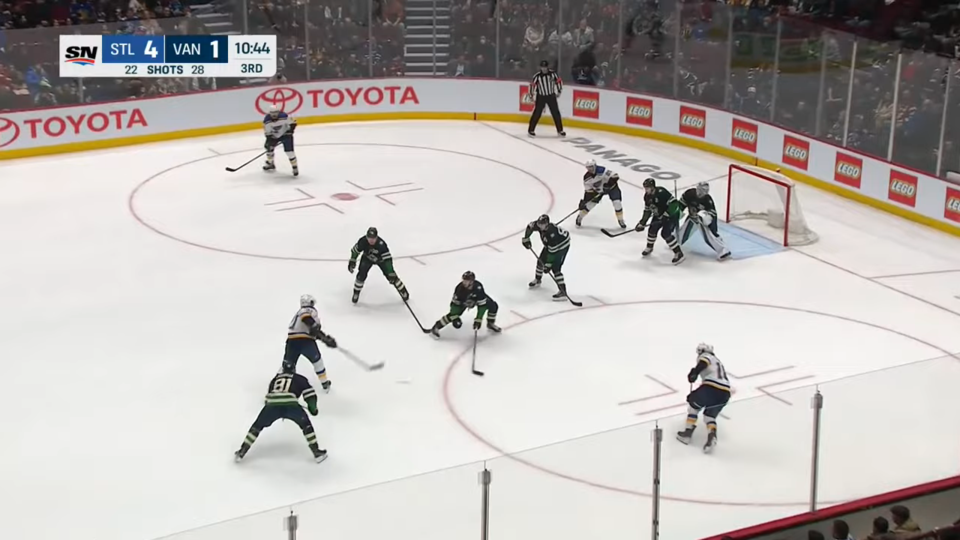