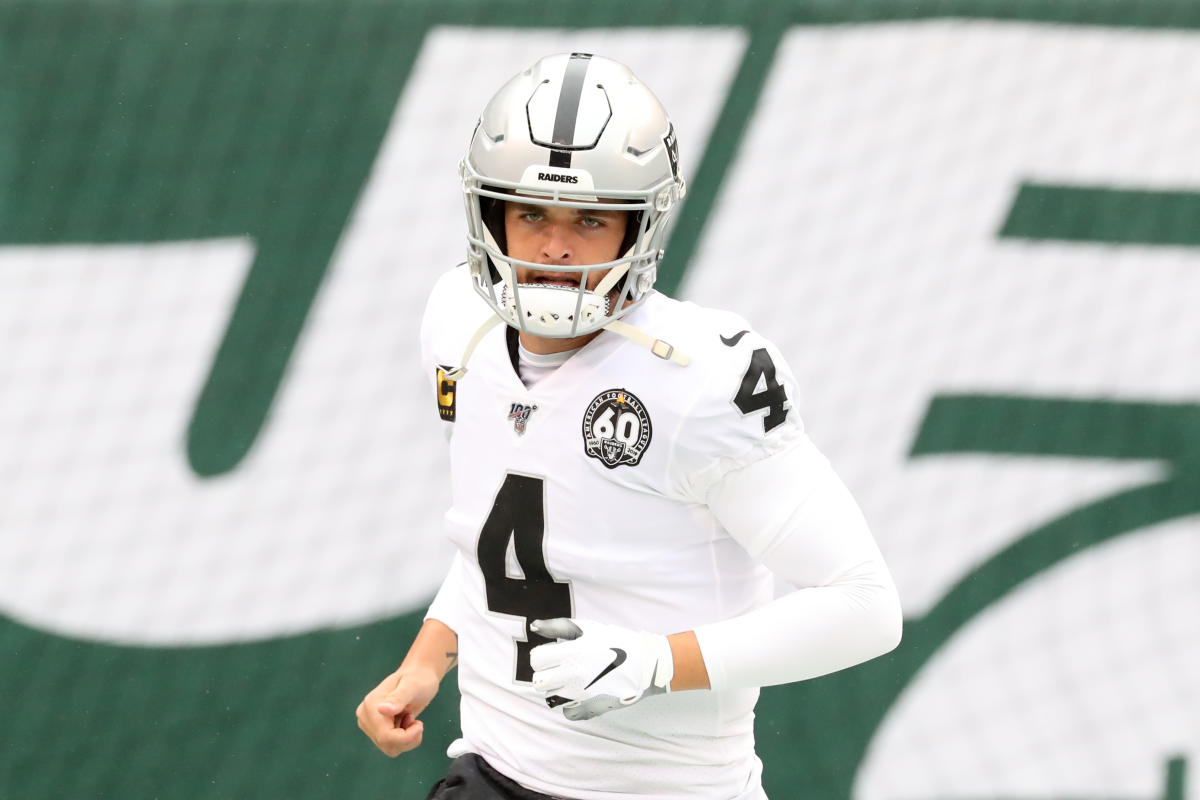 It’s not a matter of if at this point. Just a matter of when and how. The nine-year Raiders quarterback said his goodbyes on Thursday after the franchise that drafted him in 2014 benched him for the final two games of the season in an apparent effort to avoid injury that would guarantee his $33 million in salary next season.

The decision signaled the end of his tenure with the franchise, and reports indicate that the Raiders have moved on to testing trade waters for a potential suitor. A trade could be hard to come by. Carr has a no-trade clause in his contract, and the $121 million he’s due over three years for the life of the deal is more than he’d likely command on the open market.

In the instance that he isn’t traded, the Raiders intend on cutting Carr prior to Feb. 15, according to The Athletic’s Vic Tafur. The move would precede a deadline that would fully guarantee his deal next season if he stayed on the Raiders roster. One way or another, Carr will play for another team next season. So what team will that be?

There are plenty of NFL teams in need of a quarterback. Carr fits a specific set of needs. At 31 years old, he is who he is as a player. There’s no burgeoning upside waiting to be tapped by a new team. He’s a solid veteran with a Pro Bowl past who’s well-liked and respected around the league and brings stability and leadership to a locker room. It’s an attractive if unexciting profile for a team with the potential to win now but lacking said stability at the game’s most important position.

For a minute this season, the Jets looked ahead of schedule amid a 6-2 start that prompted talk of an unexpected playoff run. Six straight losses to end the season doused those hopes with a cold dose of reality. 2021 first round pick Zach Wilson is not the answer at quarterback.

The Jets have a strong, young foundation on defense anchored by Rookie All-Pro cornerback Sauce Gardner and 25-year-old All-Pro defensive tackle Quinnen Williams. They have untapped playmaking potential on offense in receivers Elijah Moore, Corey Davis and Garrett Wilson, the latter of whom posted negative reviews of his quarterback midseason. Wilson is a young quarterback who’s failed to live up to expectations and appeared to lose the locker room in the process when he declined to take accountability for his mistakes.

Carr checks a lot of upgrade boxes in New York and could help the franchise end its 12-season playoff drought.

There’s a lot wrong in Indianapolis, which just saw a season start with playoff hopes and end with seven straight losses. But there’s likewise reason for renewed hope in 2023 if the Colts manage the right moves in the offseason. They need to hire a competent head coach. They need to get their draft pick (No. 4) right. And they need to find a quarterback.

The latter two could be solved in one swoop if the Colts elect to draft a rookie quarterback. See top prospects Bryce Young, CJ Stroud or Will Levis. But there’s enough veteran talent on this team where bringing in Carr could prove a more attractive solution. The defense should return stronger next season with a healthy Shaquille Leonard and a developing Kwity Paye alongside stalwarts like Stephen Gilmore, DeForest Buckner other Yannick Ngakoue.

The offense has playmakers in emerging receivers Paris Campbell and 2021 rushing champ Jonathan Taylor, who saw his 2022 derailed by injuries. But it has glaring needs on the offensive line and on the wide receiver depth chart. Bringing in Carr could provide stability at a position that’s vexed the franchise since Andrew Luck’s retirement while allowing it to address other needs with premium draft positioning.

the Carson Wentz experiment should be complete. It’s time to move on. Does this mean that a perpetually dysfunctional franchise will make the right decision? It does not. But if they do, the Commanders will have a number of options at quarterback.

Give 2022 rookie Sam Howell a shot after an impressive NFL debut in Washington’s season finale. Turn back to Taylor Heinicke after head coach Ron Rivera lost confidence late in the season. Look to the draft, where the premium options will be off the board at No. 16. Or look to a veteran like Carr.

Giving Howell a shot makes a lot of sense, but leaves the Commanders at risk of yet another quarterback quandary if he doesn’t win the job. Pursuing Carr instead would infuse quarterback stability on a team with talent on both sides of the ball that just missed the playoffs at 8-8-1.

The Panthers somehow emerged as late-season playoff contenders after a 1-5 start that saw them fire head coach Matt Rhule and trade franchise player Christian McCaffrey midseason. They didn’t get to the postseason, but a 5-3 finish under interim coach Steve Wilks salvaged a 7-10 campaign and provided promise for next season and calls for Carolina to hire Wilks full-time.

Like the other teams on this list so far, quarterback wasn’t a position of strength. The Panthers bounced from Baker Mayfield to PJ Walker and back to Mayfield before settling on Sam Darnold to the end of the season. Did Darnold do enough to earn another shot after a 4-2 stretch in his six games as starter? His five-season NFL summary suggests that he did not.

The Panthers would be better off with an upgrade at the position, and Carr could be enough to keep them competitive in what projects to be another season of mediocre NFC South football. Trading up from No. 9 to draft a quarterback is also an option in Charlotte.

This is the most intrigue-filled option on the list. It would mean that Tom Brady is gone elsewhere — perhaps even to Carr’s soon-to-be former Raiders. Whether he leaves for the Raiders, retirement or elsewhere, Brady’s exit would create a clear void at quarterback in Tampa Bay that could prove a nice fit for Carr.

The Bucs have one of football’s best receiving tandems in Chris Godwin other Mike Evanswhose ability to stretch the field is a big reason why Tampa Bay’s in the playoffs. While the rest of the roster isn’t what it was when the Bucs won the Super Bowl two seasons ago, there’s enough here for Tampa Bay to stave off a rebuild in the event that Brady walks, including a top-10 defense. That’s especially in a weak NFC South that will be up for grabs.

Carr’s profile is not one that fits a team like the Houston Texans. The Texans are most assuredly in need of a quarterback. But they’re a long way from competing and possessing the No. 2 pick in the draft. Drafting Young or Stroud—who present tantalizing upside and a long-term horizon—is the only play that makes sense.